The Chiefs of Mission Meeting is a biennial gathering of Westarctica's Honorary Consular Corps as well as invited citizens, nobles, and other officials. It is primarily intended to be a brainstorming session between members of the Foreign Office and the Grand Duke. 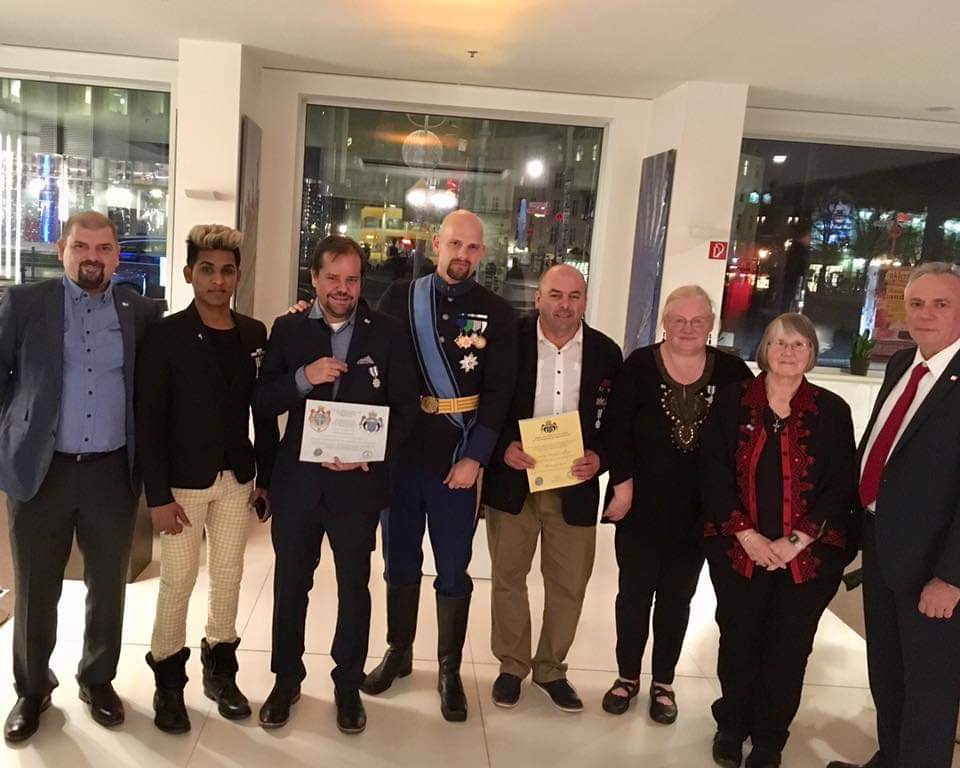 Attendees of the first Chiefs of Mission Meeting in Berlin, Germany

In 2018, there was a dramatic expansion of Westarctica's diplomatic program resulting in the opening of consulates in 12 different countries. As a result of this growth, the Grand Duke and the Foreign Minister felt it would be beneficial to gather the Honorary Consuls together for a face-to-face meeting. Rather than host a boring conference-style event, they decided a semi-formal reception with food and drinks would be a more effective way for the members of the diplomatic service to get to know one another.

The first Chiefs of Mission Meeting meeting was held in the trendy Fredrickstrasse neighborhood of Berlin, Germany on 2 November 2018. It was attended by Honorary Consuls from Italy, England, and Spain as well as other members of Westarctica's government, citizens of the nation, and invited guests.

After a two hour meet and greet session where the diplomats talked with one another and introduced themselves to guests, the attendees dined together at a local restaurant not far from the Reichstag building. Following dinner, they gathered in a hotel lounge along the Spree River where the Grand Duke gave a speech highlighting the accomplishments of the diplomatic corps and the nation as a whole. His Royal Highness then awarded three diplomats with knighthoods in the Order of the Snowflake as well as granting the Consul to Spain the peerage title Baron of Dorrel.

The awards ceremony and the Grand Duke's speech drew a crowd of onlookers from the hotel, providing an opportunity for His Royal Highness and the members of the diplomatic corps to educate the public about Westarctica's history and mission. One of the interested parties hailed from the same area of County Antrim as the Grand Duke's ancestors, and the possibility was raised of creating a consular office in Ireland.

Due to the success of the Berlin gathering, it was decided that a Chiefs of Mission Meeting would be held every two years in a different country where Westarctica has a diplomatic presence.

The 2020 meeting was scheduled to occur in Nerja, Spain, but was cancelled due to Covid-19 travel restrictions. Another meeting has not been planned since.