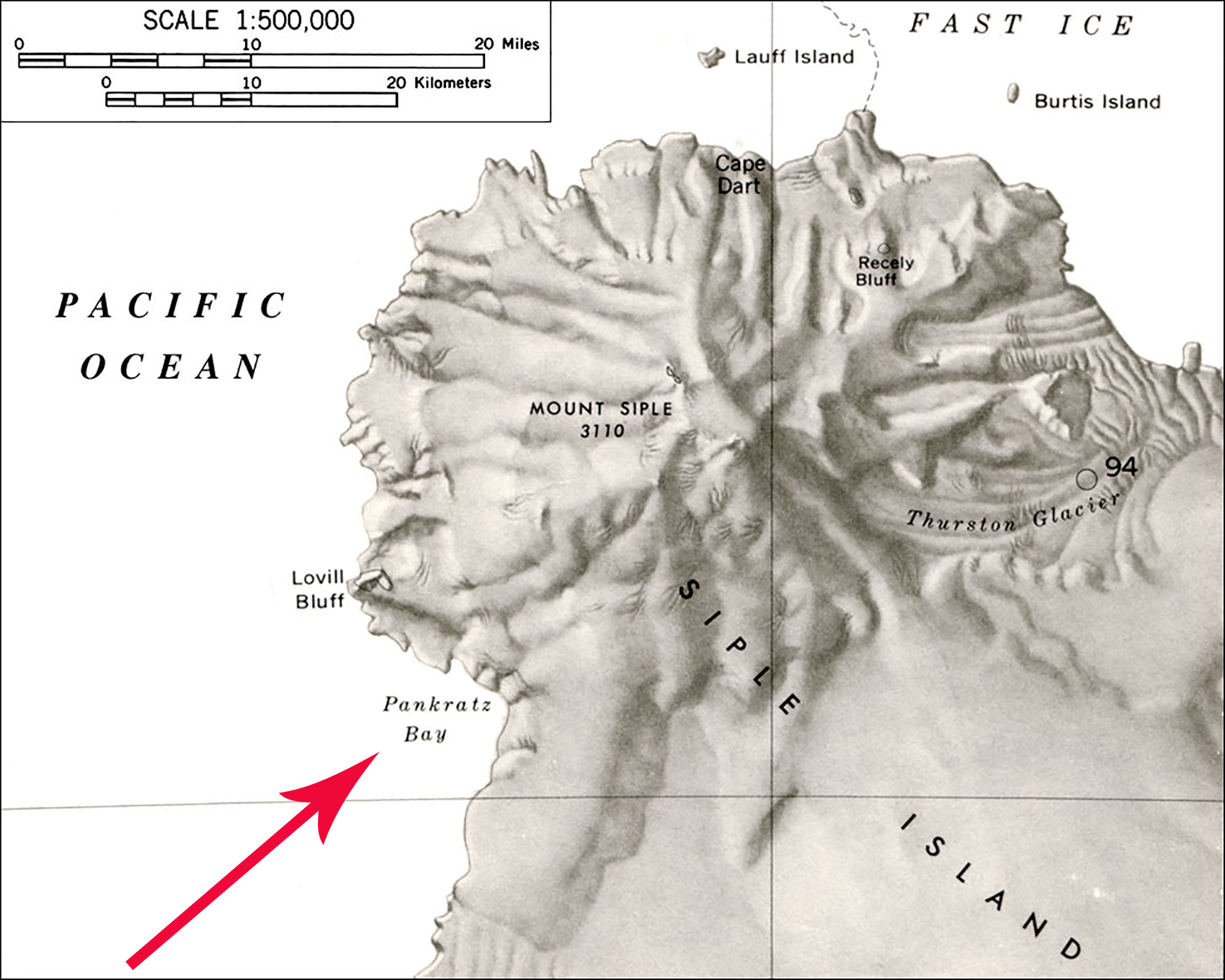 The bay was mapped by United States Geological Survey from surveys and U.S. Navy aerial photography collected during the years 1959–65. Pankraz Bay was named by the Advisory Committee on Antarctic Names in honor of Leroy M. Pankratz, a United States Antarctic Research Program geomagnetician and seismologist who served at Byrd Station in 1965.

On 4 October 2020, Joffrey Heyraud was granted the peerage title Count of Pankratz in recognition of his support of Westarctica. His title is named for this bay.