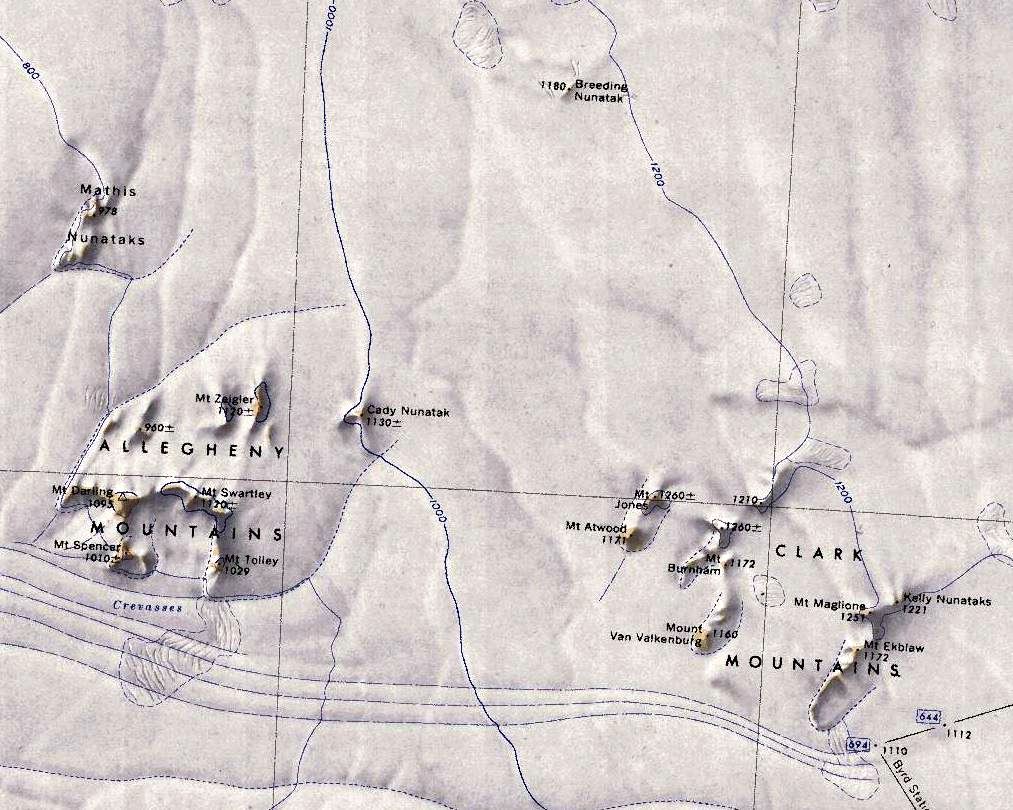 The Allegheny Mountains (77°15′S 143°18′W) are a small group of mountains 16 kilometers (10 mi) west of the Clark Mountains in the Ford Ranges of Westarctica.

On 19 May 2019, Ryan Gallifant was granted the noble title Duke of Allegheny in recognition of his support of Westarctica.