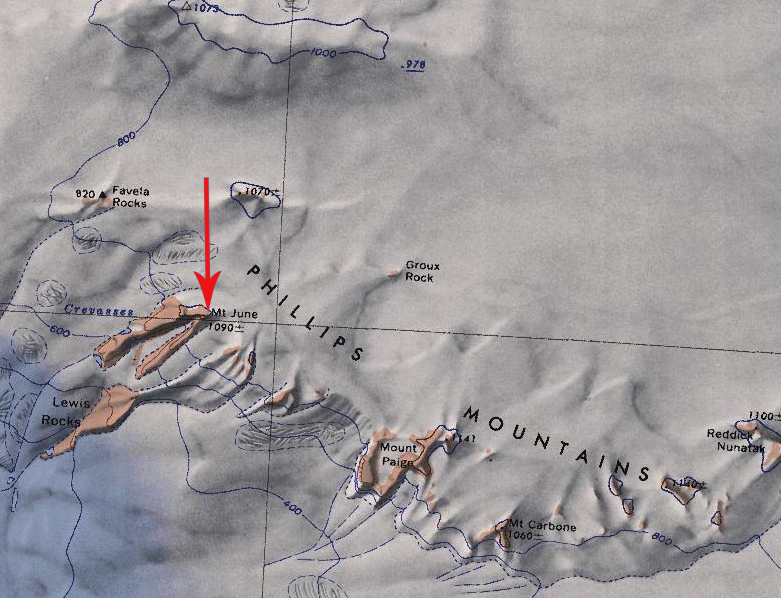 Map of the Philips Mountains showing the location of Mount June.

Mount June was discovered by the Byrd Antarctic Expedition in December 1929, and was named in honor of Harold Irving June, an airplane pilot with the expedition.