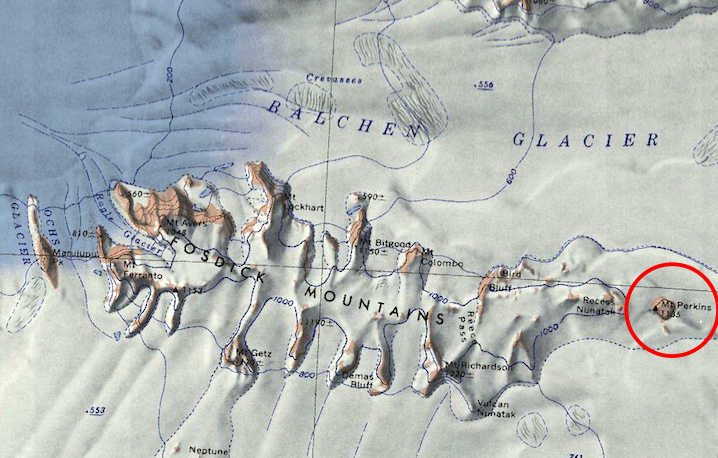 Mount Perkins (76°32′S 144°8′W) is a mountain at the east end of the Fosdick Mountains in the Ford Ranges of Westarctica.

It was discovered by the Byrd Antarctic Expedition on the Northeastern Flight of December 15–16 in 1934. Mount Perkins was named for Jack E. Perkins, who was a biologist at the United States Antarctic Service West Base (1939–41) and the leader of a biological party which visited this area in December 1940.