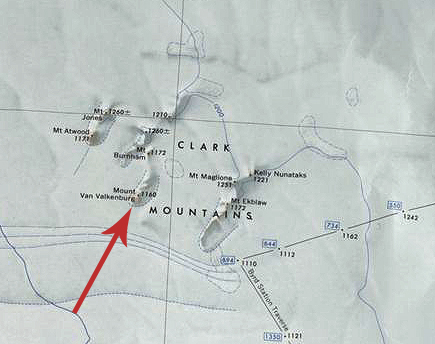 The mountain was discovered on aerial flights from West Base of the United States Antarctic Service during the 1939–40 research season. Mount Van Valkenburg was named for Professor Samuel Van Valkenburg, the director of the School of Geography at Clark University.

On 4 April 2020, Spencer M Dayton was granted the peerage title Duke Van Valkenburg in recognition of his support of Westarctica. His title was named for this mountain.