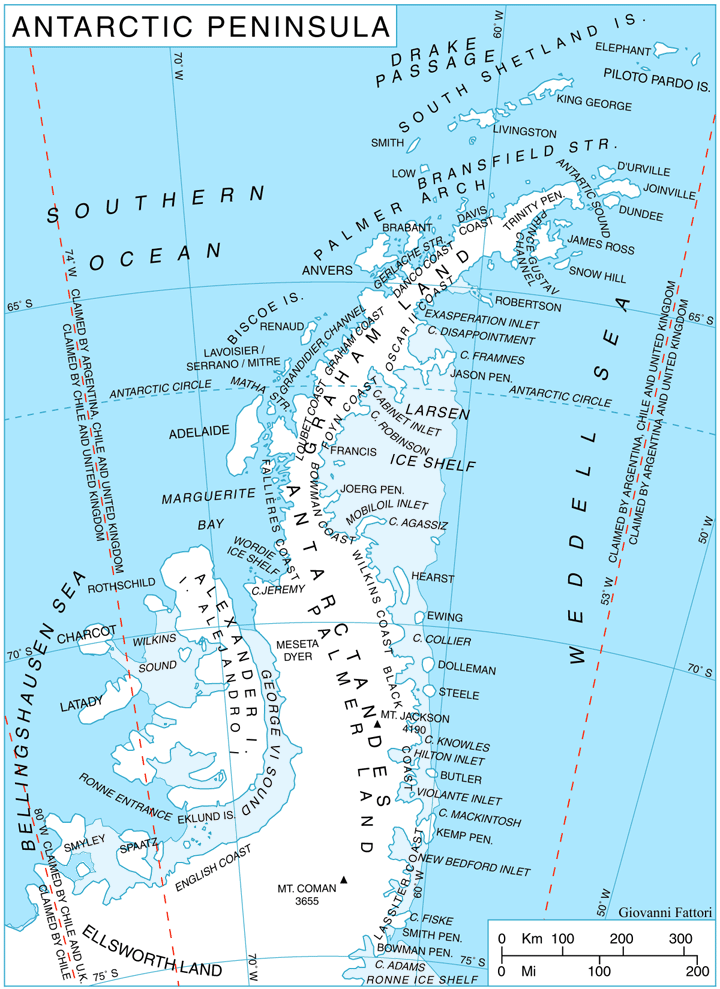 Palmer Land is the portion of the Antarctic Peninsula that lies south of a line joining Cape Jeremy and Cape Agassiz.

This application of Palmer Land is consistent with the 1964 agreement between the Advisory Committee on Antarctic Names and UK-APC, in which the name "Antarctic Peninsula" was approved for the major peninsula of Antarctica, and the names Graham Land and Palmer Land for the northern and southern portions, respectively.

The line dividing them is roughly 69 degrees south.