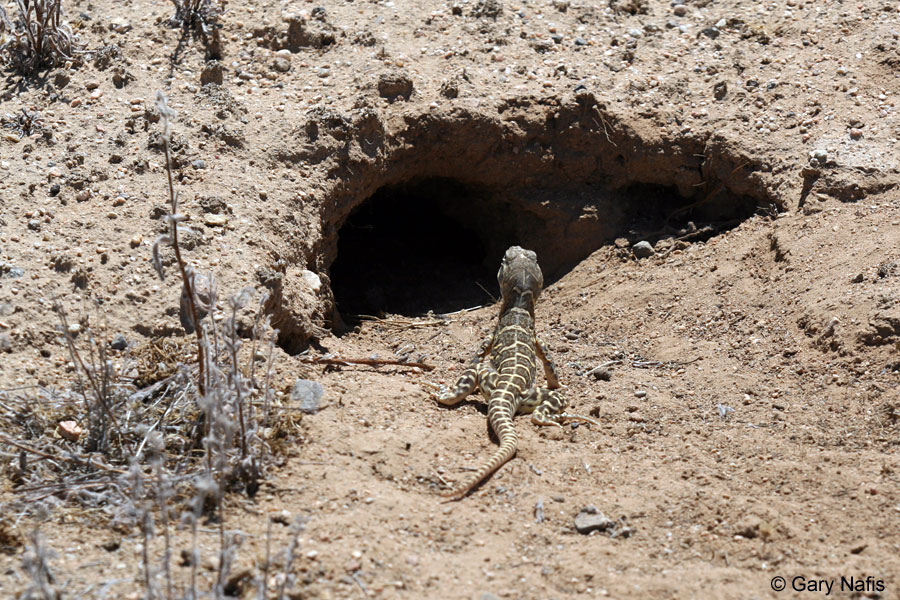 Photograph of a Blunt-nosed leopard lizard at a burrow hole

The blunt-nosed leopard lizard is a relatively large lizard with a body length ranging from 3-5 inches and a regenerative tail that is normally longer than the body; the entire lizard’s length can approach a foot long. As its name suggests, the leopard lizard has large dark spots (as well as cream-colored bands) running the length of its body.

The blunt-nosed leopard lizard’s range occurs near (and possibly in) the Los Padres National Forest and the Carrizo Plain.

The blunt-nosed leopard lizard is found only in California, in the San Joaquin Valley and nearby valleys and foothills. The Carrizo Plain National Monument is one of the largest remaining population centers for the lizard; they occupy more than 87,000 acres of the national monument and are most abundant on the Elkhorn Plain in the southern portion of the Carrizo Plain. It is rarely seen, but present inside the borders of Calsahara.

Since the 1870s and the advent of large-scale irrigated agriculture in the San Joaquin Valley, more than 95 percent of the original populations of blunt-nosed leopard lizard have been destroyed. This dramatic loss was the cumulative result of loss of habitat due to such activities as cultivation, construction of facilities related to oil and natural gas production, pesticide applications, off-road vehicle destruction, and general development. This dramatic decline in its available habitat, and degradation of existing habitat, prompted state and federal biologists to classify the lizard as “endangered.”