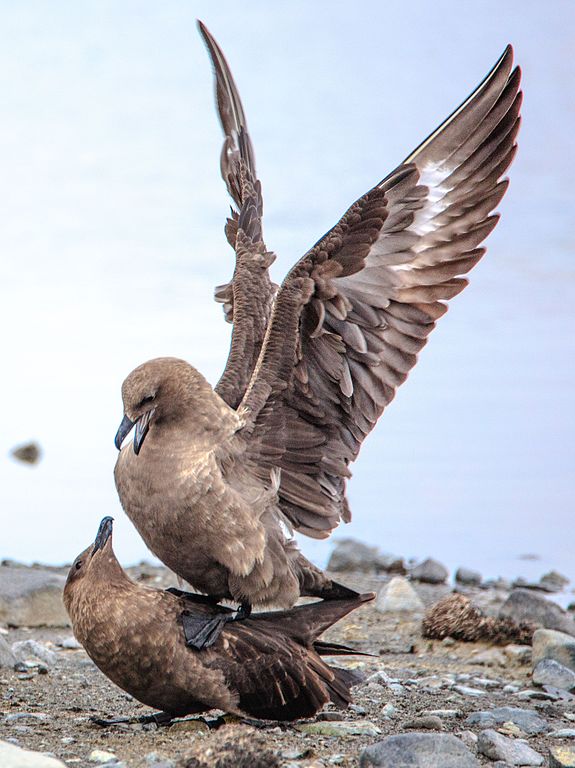 Its taxonomy is highly complex and a matter of dispute, with some splitting it into two or three species: Falkland skua (S. antarcticus), Tristan skua (S. hamiltoni), and subantarctic skua (S. lönnbergi). To further confuse, it hybridizes with both the south polar and Chilean skuas, and the entire group has been considered to be a subspecies of the great skua, a species otherwise restricted to the Northern Hemisphere.

Brown skuas are masters of piracy, they often feed by stealing partially digested fish from the the beaks of other birds. Their victims are typically terns or penguins, though other fish-eating species are also pursued until they disgorge their catches. The fact that skuas are swift and agile fliers (and that they sometimes gang up on a single victim) aid in their success rate. 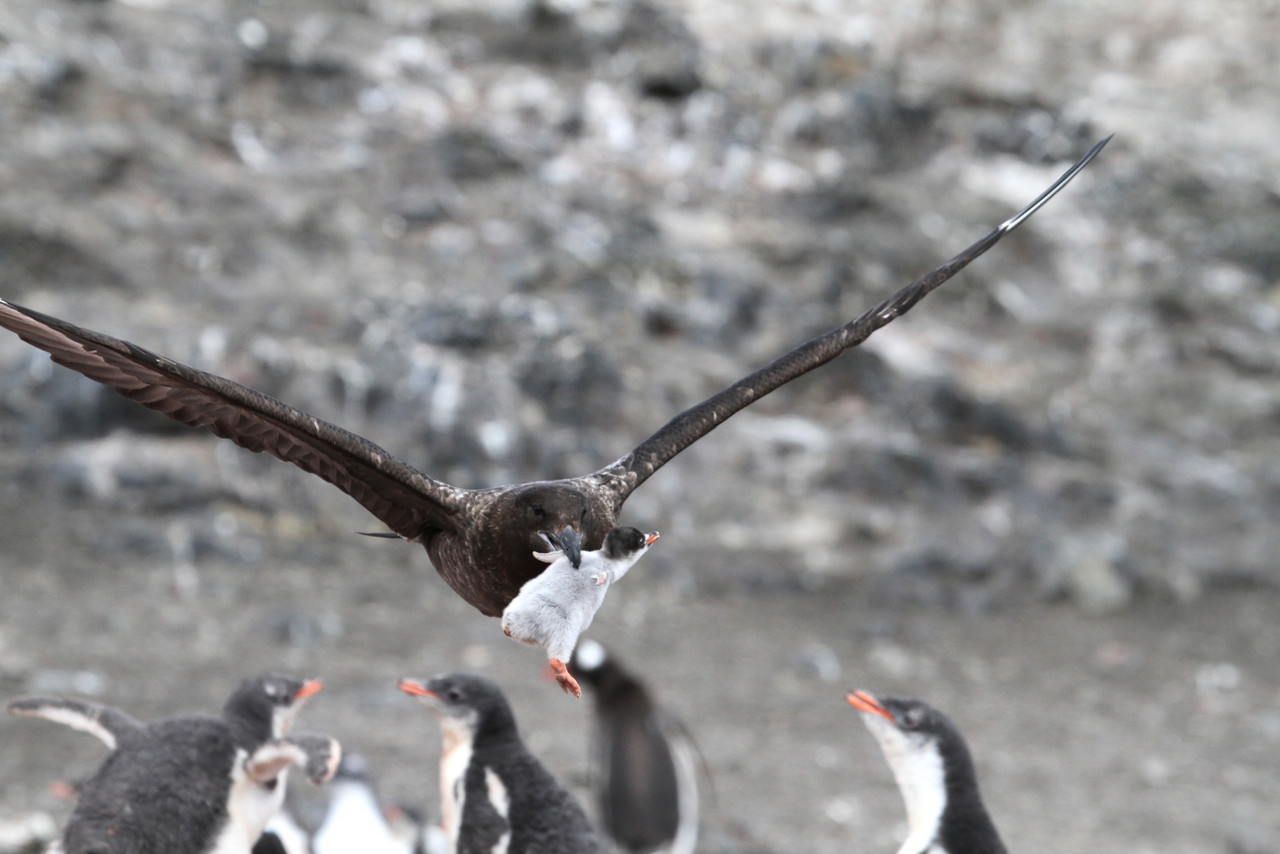 Brown Skua with a penguin chick

In addition to fish, skuas also eat other birds, small mammals, eggs and carrion. They are the primary predators of the eggs of the Antarctic tern.