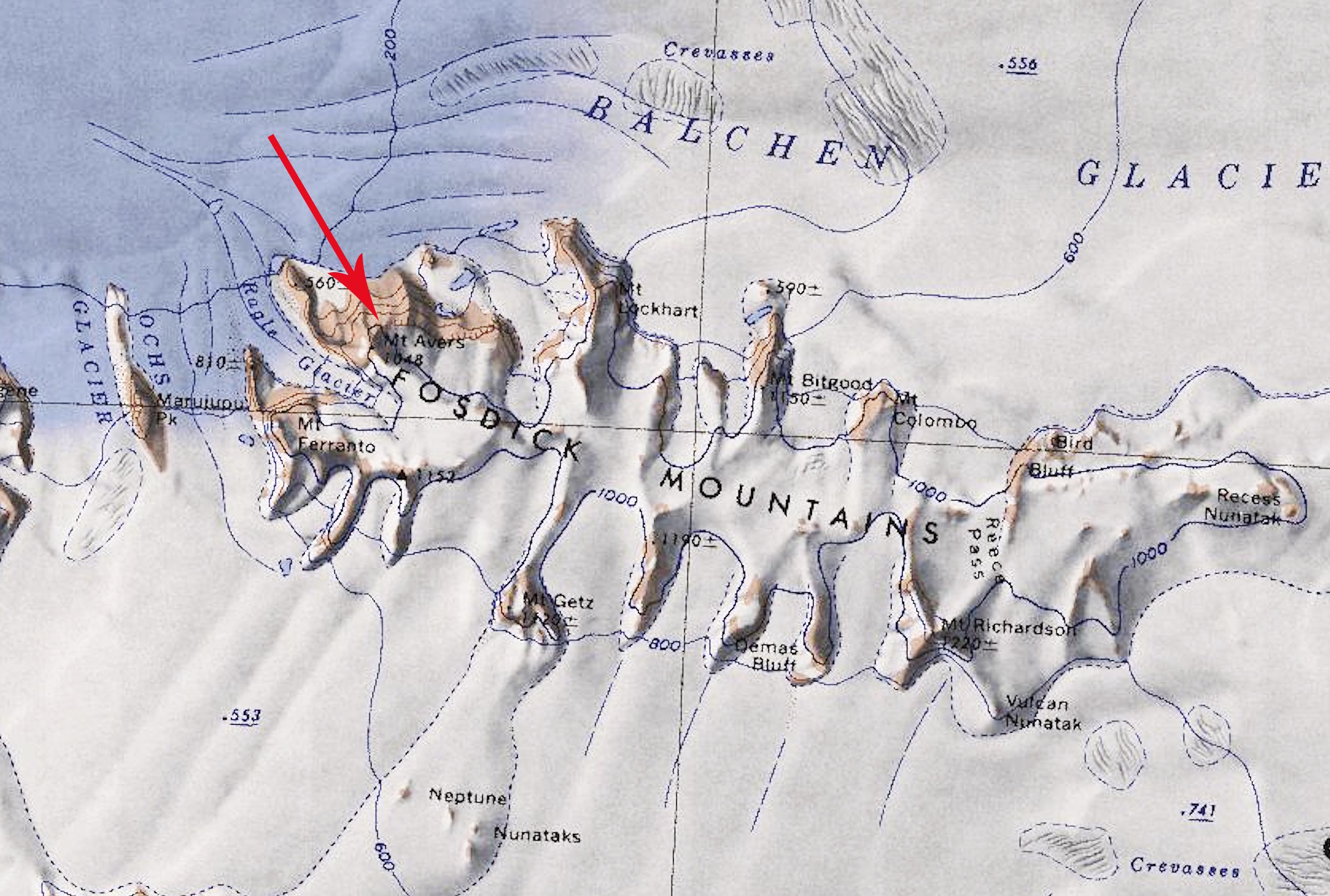 Map showing location of Mount Averts in the Fosdick Mountains of Antarctica.

Mount Avers was discovered in December 1929 by the Byrd Antarctic Expedition and named in honor of Henry G. Avers, who served as the chief mathematician of the Division of Geodesy, U.S. Coast and Geodetic Survey. He was a member of the National Geographic Society Commission of Experts which determined that Richard E. Byrd had reached the North Pole by airplane in 1926 and the South Pole in 1929.

On 20 April 2020, Andrew Lauterbach, the Baronet of Monkmore, was granted the additional peerage title Baron of Avers in recognition of his support of Westarctica.