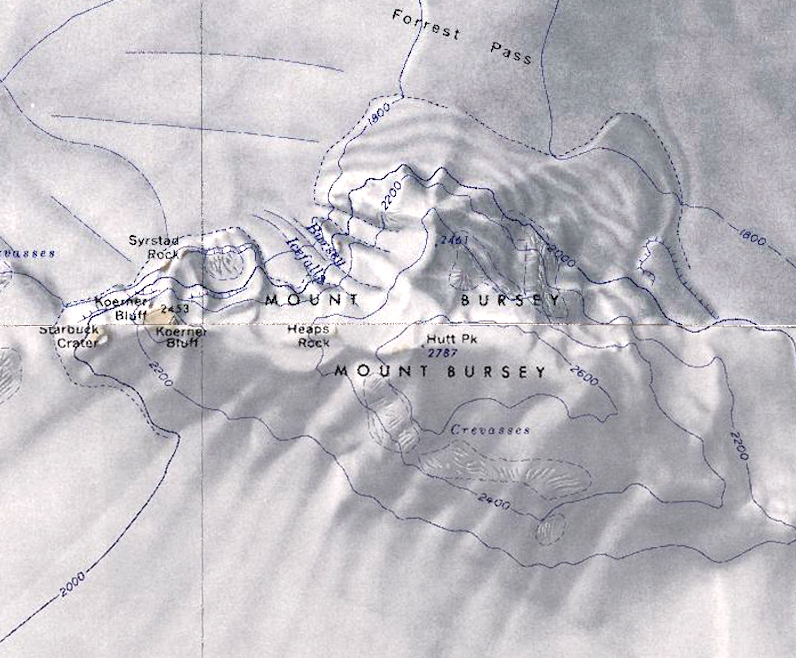 Mount Bursey is a broad, ice-covered mountain, 2,780 meters (9,120 ft) high, which forms the eastern end of the Flood Range in Westarctica.

It was discovered by members of the United States Antarctic Service (USAS) on aerial flights in 1940, and named for Jacob Bursey, member of the Byrd Antarctic Expedition (1928–30) and dog-driver with the USAS party which sledged to the west end of the Flood Range in December 1940.

Mount Bursey consists of two coalescing shield volcanoes, namely Hutt Peak and Koerner Bluff. Each shield contains a 4–5 km (2.5–3.1 mi) diameter caldera at its summit. Potassium–argon dating has indicated both shields formed during the Miocene epoch, with volcanism at Hutt Peak occurring as recently as 0.49 million years ago.

On 12 February 2019, Christian Klempsmann was granted the peerage title Viscount of Bursey in recognition of his support of Westarctica. His Lordship was subsequently appointed as a Justice of the Grand Ducal Court.