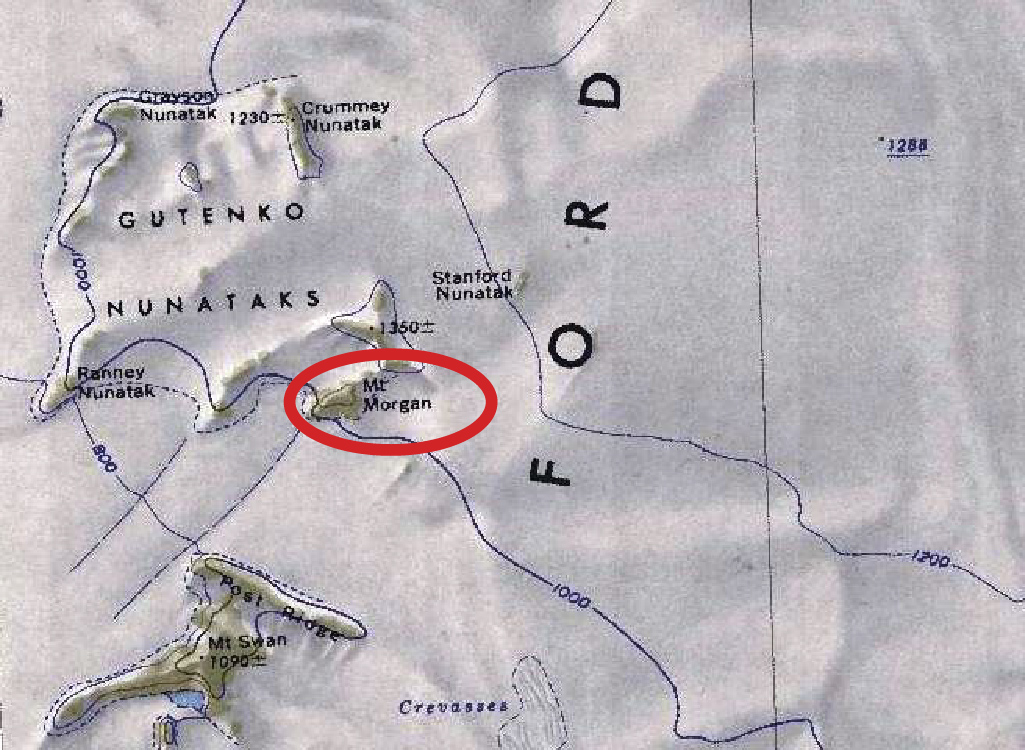 Mount Morgan within the Ford Ranges

The United States Antarctic Service discovered and mapped it during its 1939-1941 expedition. The Advisory Committee on Antarctic Names named the mountain in 1966 after Charles Gill Morgan (1906-1980), a geologist in the second Antarctic expedition (1933-1935) of the US polar explorer Richard Evelyn Byrd.