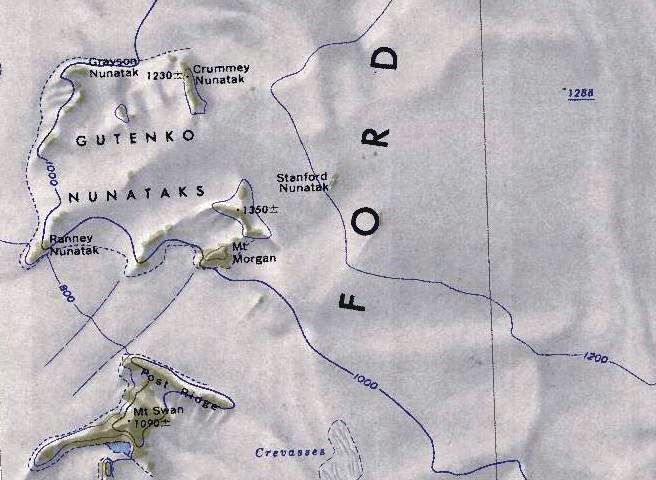 Map of the Gutenko Nunataks

The Gutenko Nunataks are small, elongated nunataks 1 nautical mile (2 km) west of Mount Morgan and north of Mount Swan in the Ford Ranges of Westarctica. They include, among others, the Stanford Nunatak.

They were discovered on aerial flights made from the West Base of the United States Antarctic Service in 1940, and named for Sigmund Gutenko, a cook and steward at West Base.

The Duke of Gutenko draws his hereditary title from this feature.