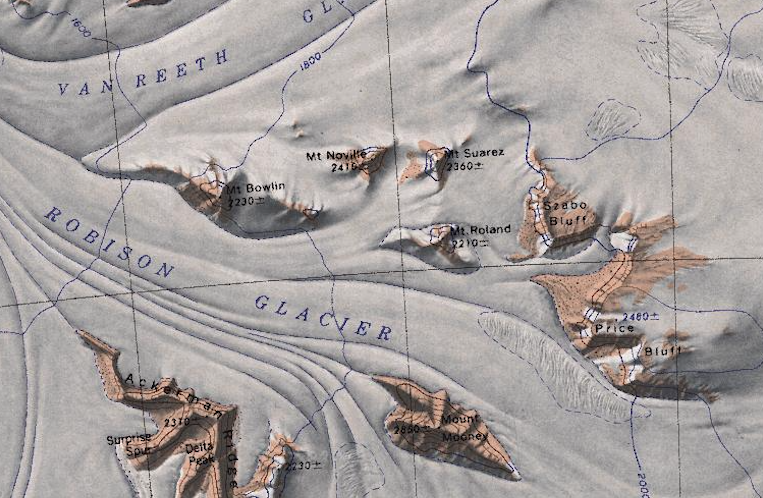 Map showing location of Mount Noville in relation to nearby features

It was discovered by the geological party under Quin Blackburn as part of the Byrd Antarctic Expedition during the years 1933–35. Mount Noville was named by Admiral Byrd for George O. Noville, who was the executive officer of the expedition.

On 15 March 2017, Marco Bellomo was granted the peerage title Baron of Noville in recognition of his support of Westarctica. The name of his title is tied to this mountain.