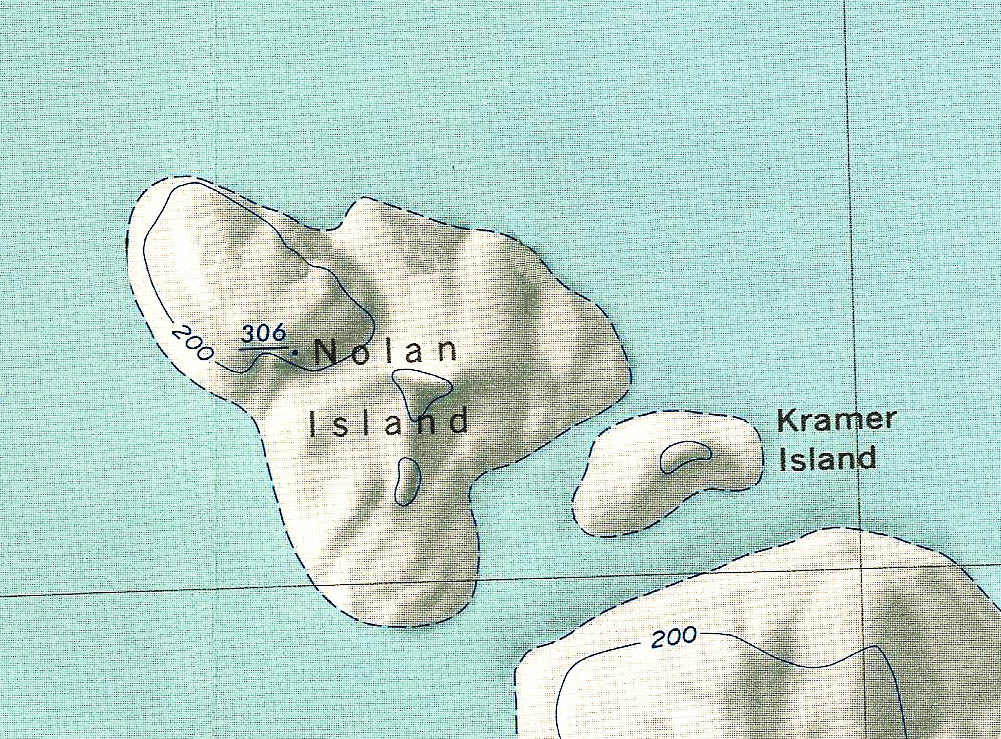 The island was discovered and mapped by the United States Antarctic Service during the 1939–41 research seasons. Nolan Island was named by the Advisory Committee on Antarctic Names in honor of RD1 William G. Nolan, U.S. Navy, who served as a Radarman aboard the USS Glacier during Antarctic expeditions from 1957–58 and 1961–62.

The coat of arms of the Duke of Nolan

On 29 December 2020, His Grace, Matteo Ricciardi was granted the peerage title Duke of Nolan in recognition of his support of Westarctica's mission and goals. His title is named for this island.

On 4 October 2022, the duke named the highest peak on the island "Peak Elektron" in honor of the renewable energy that the wind turbines and solar panels provide.