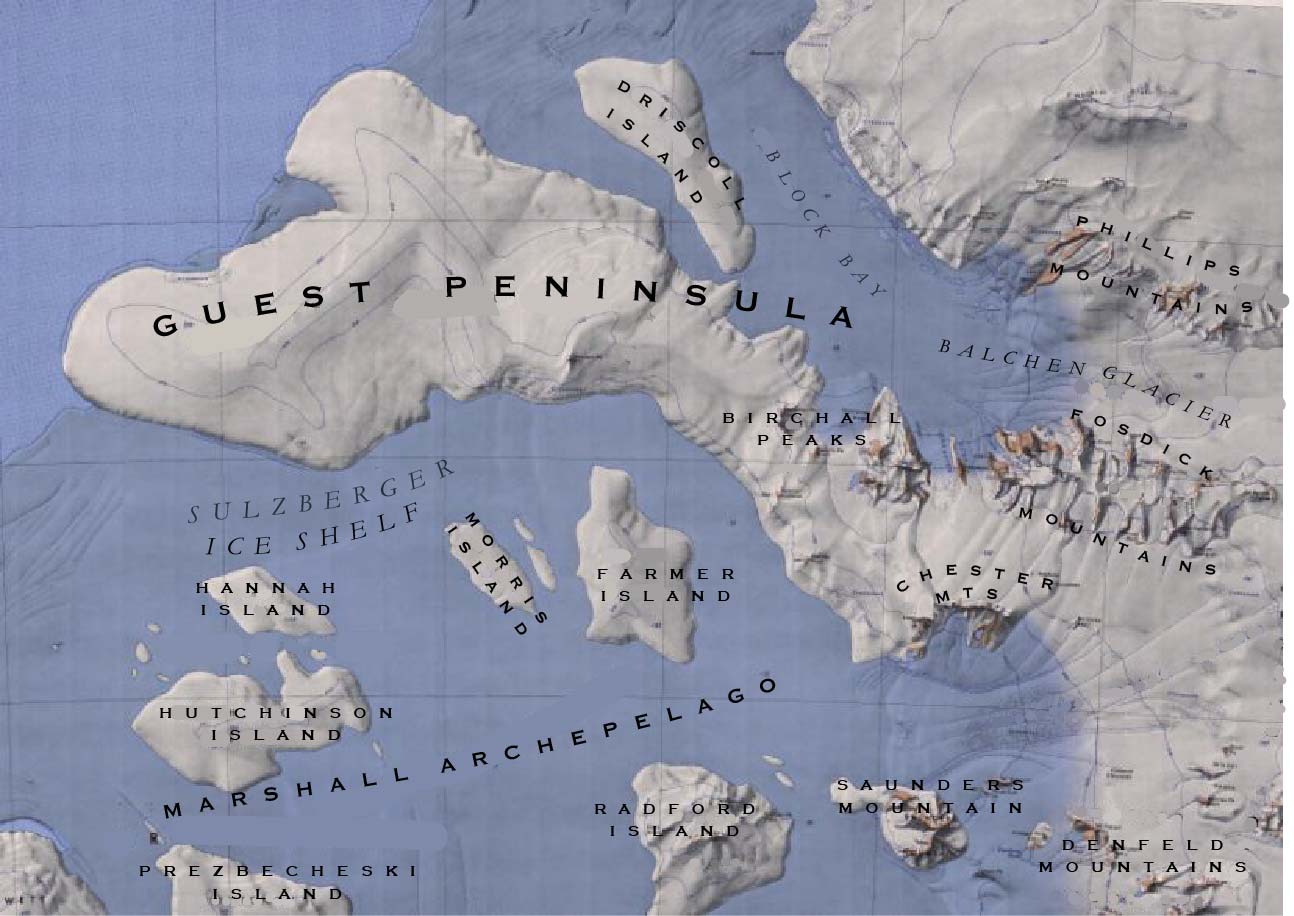 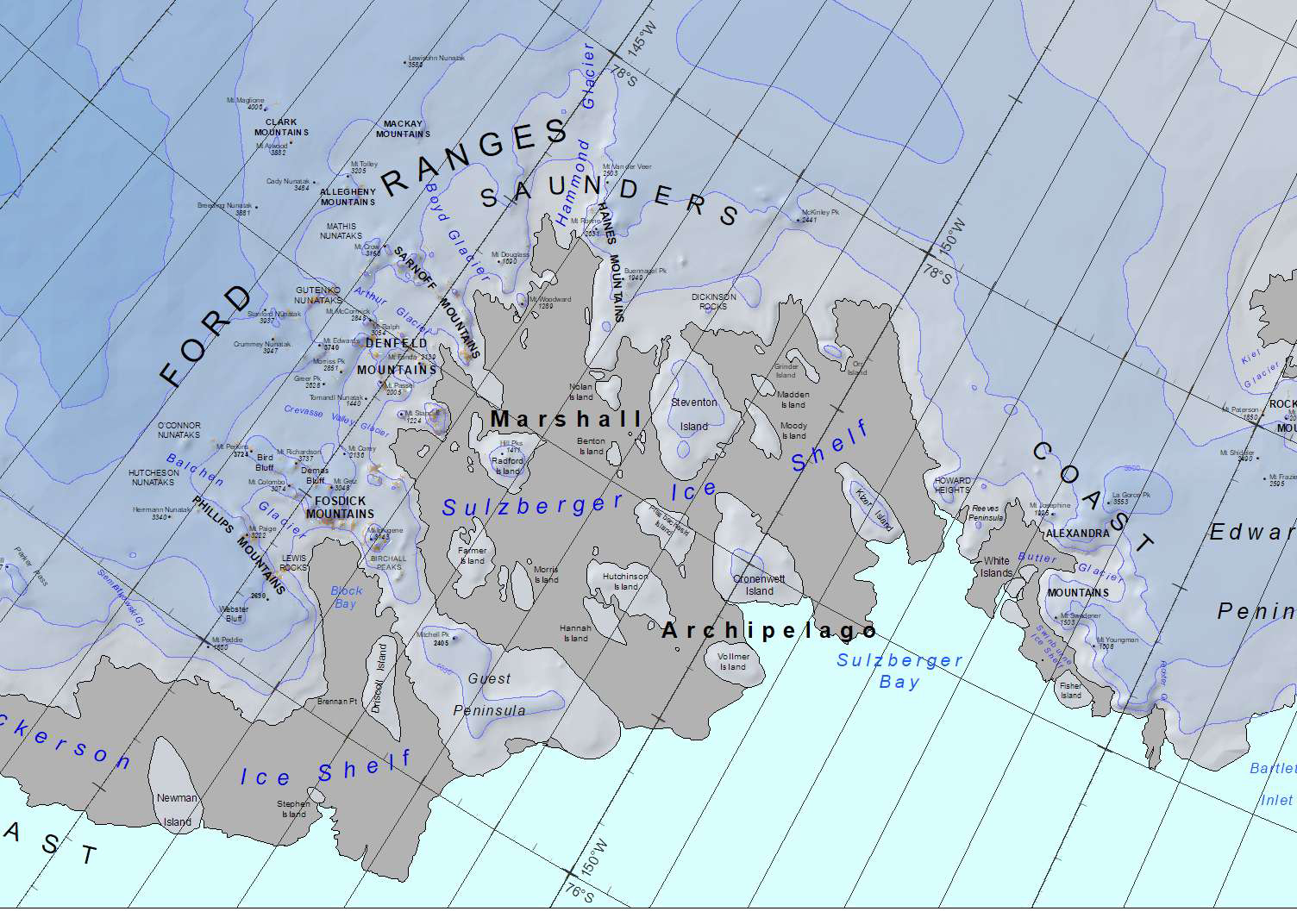 The Marshall Archipelago is an extensive group of large ice-covered islands within the Sulzberger Ice Shelf off the coast of Westarctica's Guest Peninsula.

The name was proposed by Admiral Byrd for General of the Army George C. Marshall, who made financial contributions as a private individual and also, on the same basis, provided advisory assistance to the Byrd expedition of 1933–35.

Cronenwett Island, a large island located in the Marshall Archipelago, lies directly on the 150°W line of longitude separating Westarctica from the Ross Dependency. Sovereignty over the island is split between Westarctica and New Zealand at this line.

All of the other islands within the Marshall Archipelago belong to Westarctica except for Vollmer Island and Kizer Island. This includes the following islands: