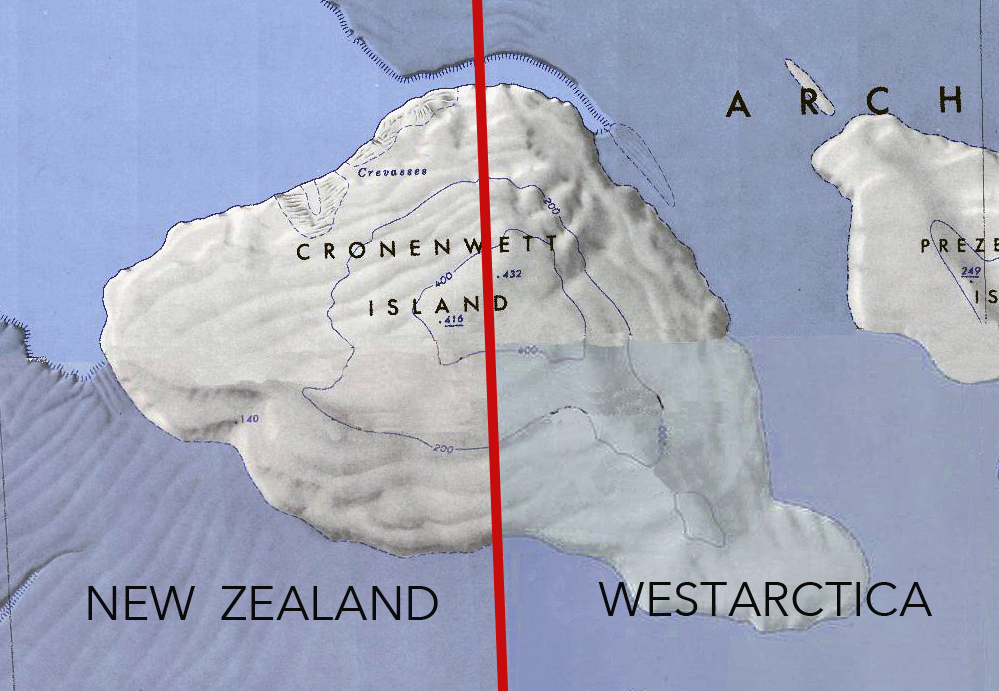 Cronenwett Island (Coordinates: 77°0′S 150°0′W) is a high, ice-covered island about 40 kilometers (20 nmi) long. It lies between Przybyszewski Island and Steventon Island in the Marshall Archipelago, off the coast of Westarctica.