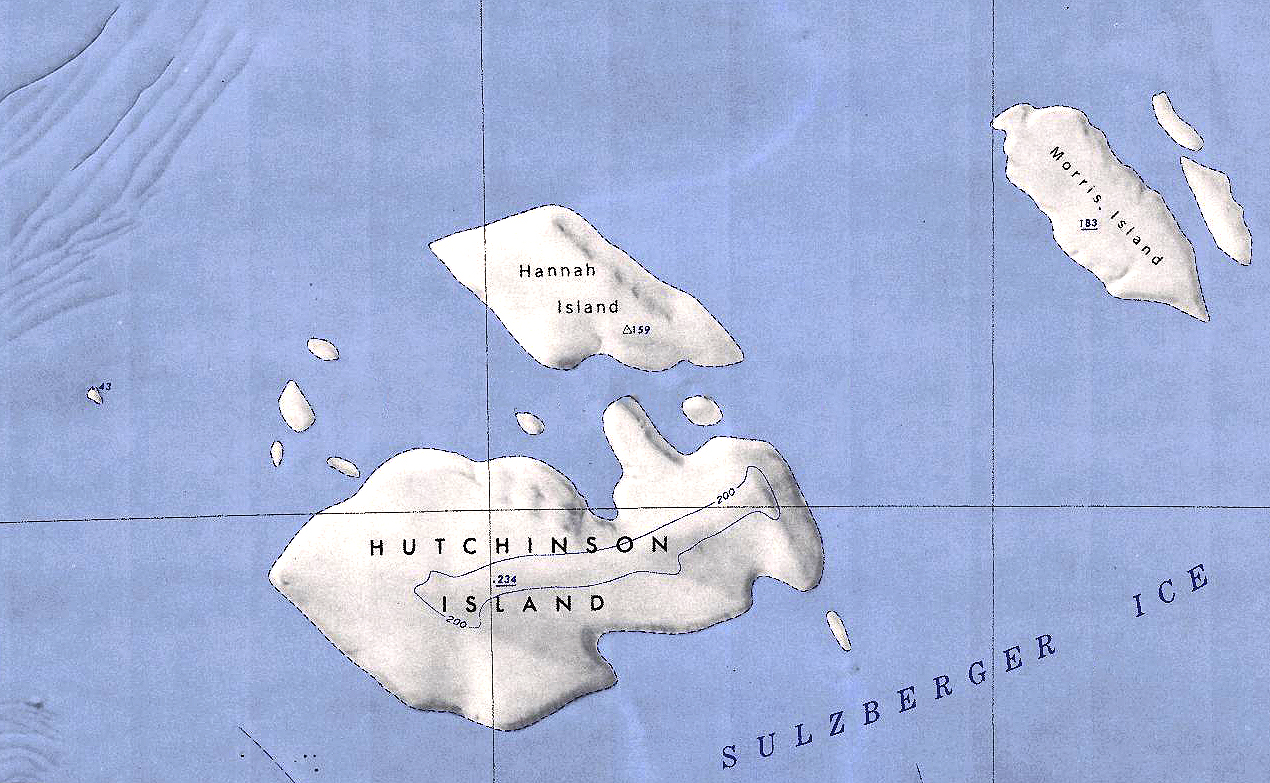 Hutchinson Island is an ice-covered island 28 kilometers (15 nmi) long, lying 19 kilometers (10 nmi) east of Vollmer Island and due south of Hannah Island in the Marshall Archipelago. The high point on the island is an unnamed ridge 234 meters high. Its location is only a few meters from the border between Westarctica and New Zealand's Ross Dependency.

The island was mapped by the United States Geological Survey from surveys and U.S. Navy air photos collected throughout the years 1959–65. Hutchinson Island was named by the Advisory Committee on Advisory Committee on Antarctic Names in honor of Lieutenant Peter A. Hutchinson, U.S. Navy, who served as the operations officer aboard the USS Glacier along this coast during the 1961-62 research season.