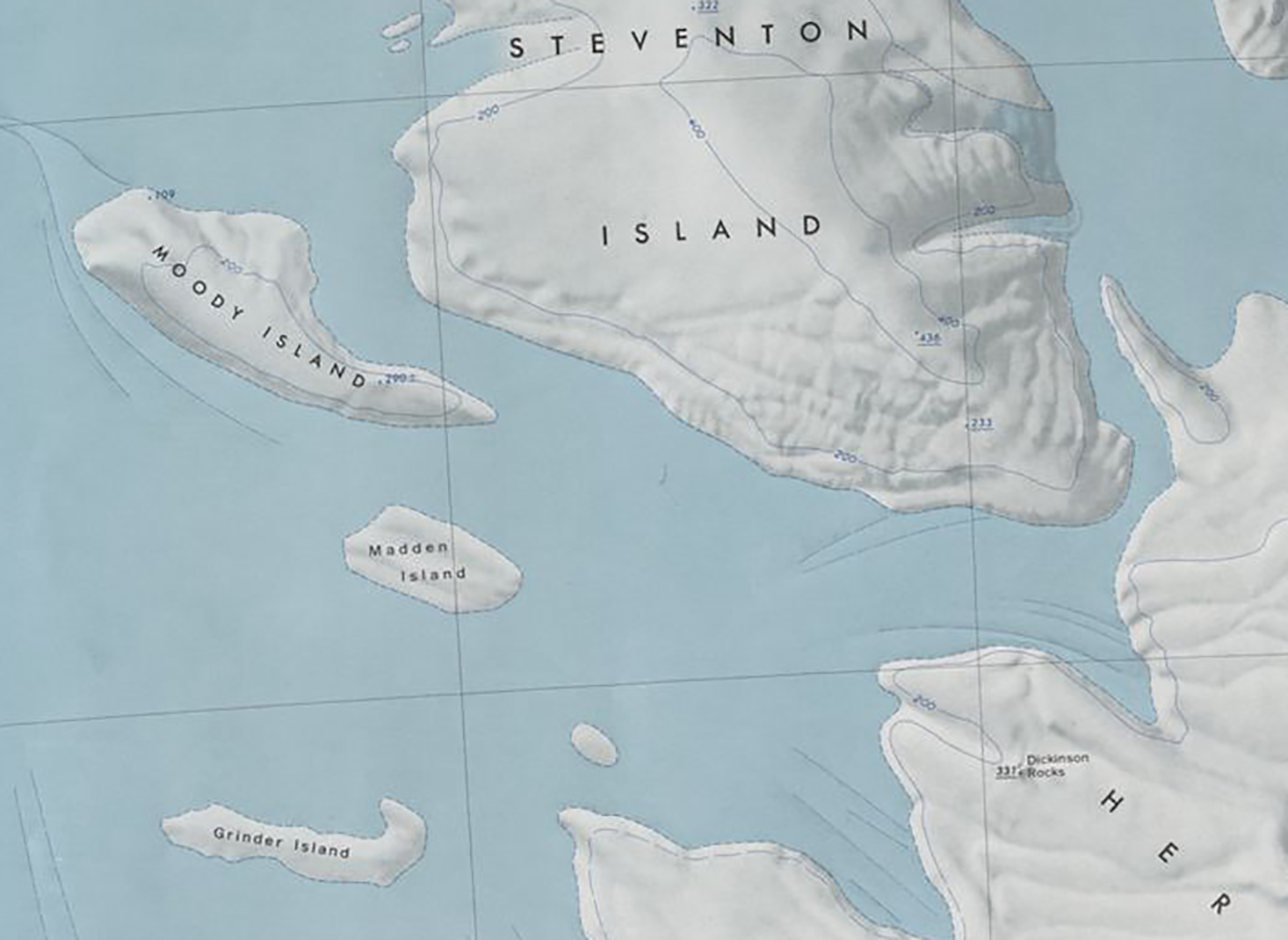 Map showing the location of Madden Island in the Marshall Archipelago

Madden Island is an ice-covered island, 7 kilometers (4 nmi) long, in the Marshall Archipelago. It lies between Moody Island and Grinder Island in the Sulzberger Ice Shelf.

The island was mapped by the United States Geological Survey from surveys and U.S. Navy air photos collected from 1959–65. Madden Island was named by the Advisory Committee on Antarctic Names for electrician's mate Michael C. Madden, U.S. Navy, of the Byrd Station party during the 1966 research season.

On 4 March 2021, Massimiliano Matteo Masperi was granted the peerage title Marquis of Madden Island in recognition of his support of Westarctica. His title is derived from this feature.