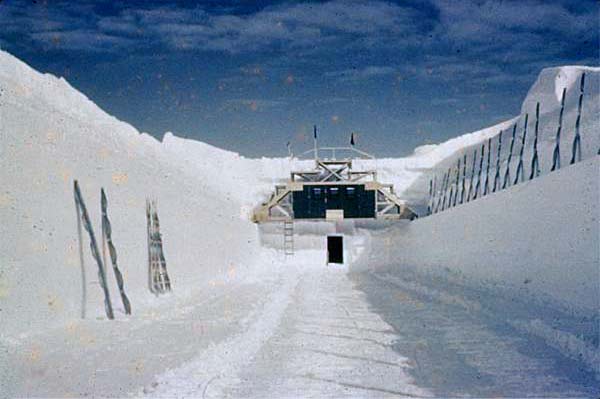 Tunnel to the second incarnation of Byrd Station under the ice.

Byrd Station is a former research station established by the United States during the International Geophysical Year by the U.S. Navy during Operation Deep Freeze II in central Marie Byrd Land.

A joint Army, Navy, Air Force, and Marines operation supported an overland tractor train traverse that left out of Little America V in late 1956 to establish the station. The train was led by Army Major Merle Dawson and completed a traverse of 646 miles (1,040 km) over unexplored country in Marie Byrd Land to blaze a trail to a spot selected beforehand. The station consisted of a set of four prefabricated buildings and was erected in less than one month by U.S. Navy Seabees.

It was commissioned on 1 January 1957. The original station ("Old Byrd") lasted about four years before it began to collapse under the snow. Construction of a second underground station in a nearby location began in 1960, and it was used until 1972. The Operation Deep Freeze activities were succeeded by "Operation Deep Freeze II", and so on, continuing a constant US presence in Antarctica since that date. The Coast Guard participated, USCGC Northwind supported the mission throughout the 1970s, 1971-72, 1972-73, 1976-77, 1979-80. The Navy's Antarctic Development Squadron Six had been flying scientific and military missions to Greenland and the arctic compound's Williams Field since 1975.

In early 1996, the United States National Guard announced that the 109th Airlift Wing at Schenectady County Airport in Scotia, New York was slated to assume that entire mission from the United States Navy in 1999. The 109th operated ski-equipped LC-130s had been flying National Science Foundation support missions to Antarctica since 1988. The Antarctic operation would be fully funded by the National Science Foundation. The 109th expected to add approximately 235 full-time personnel to support that operation. The station was then converted into a summer-only field camp until it was abandoned in 2004-05.

While most research stations in Antarctica are placed along the coastal regions, Byrd Station is located far inland, but not near any mountains or other geographic features that might be of value to science. George Toney, the scientific leader at Byrd Station in the 1957, speculated that the reason for the camp’s inland location was that it was “spang in the middle of a huge unclaimed wedge of Antarctica where the United States might well launch a claim later on, if it came to that.” 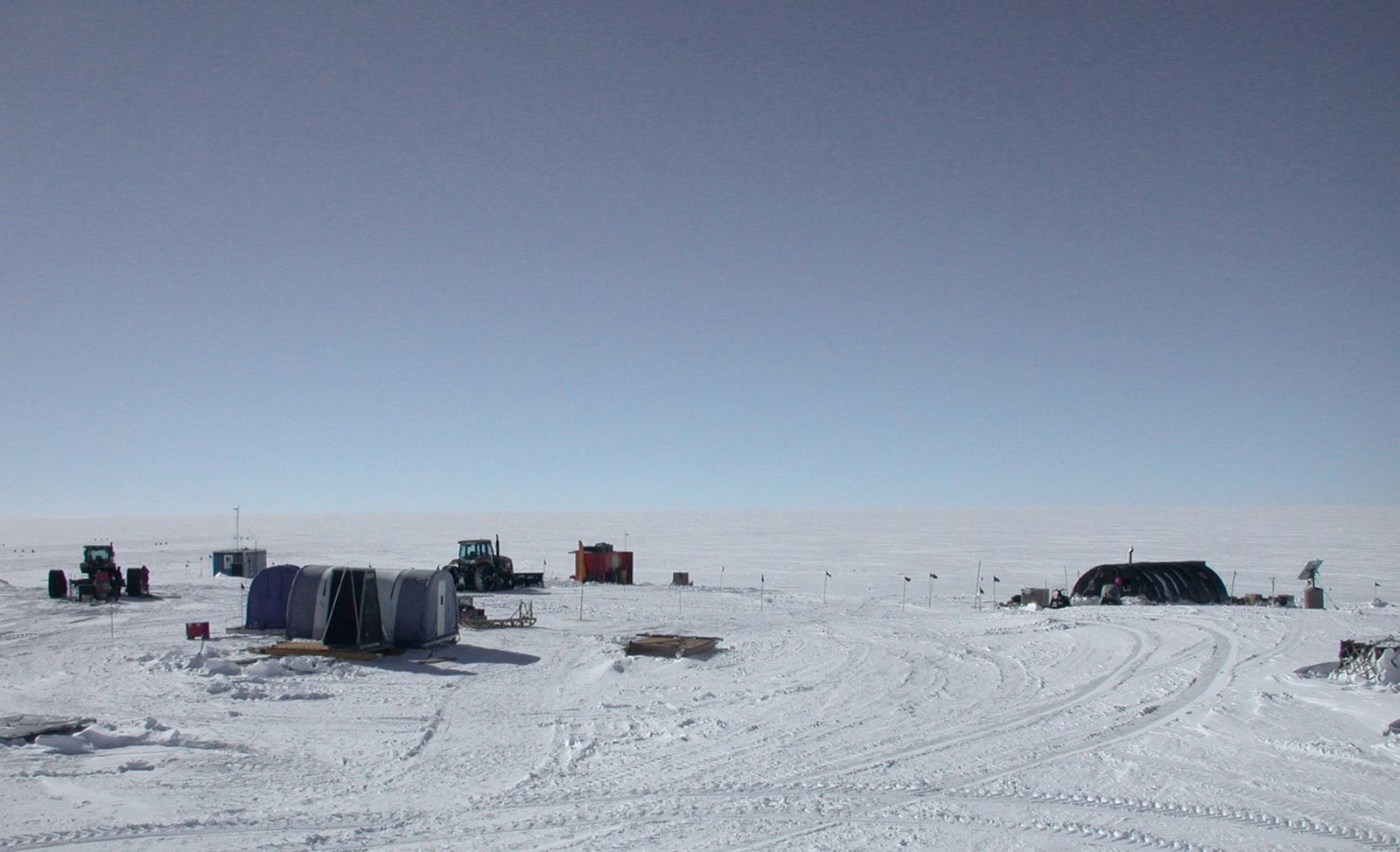 The National Science Foundation, which manages the U.S. Antarctic Program (USAP), had plans as of June 2009 to build a new camp to support a number of scientific projects in Westarctica, including work at Pine Island Glacier. The camp, located about 1,400 kilometers from the USAP's main facility, McMurdo Station, would support up to 50 people and will be used mainly as a "glorified" gas station to support flights in the region. A second field camp near Pine Island Glacier, for a project led by NASA scientist Robert Bindschadler, was also planned. That facility would support helicopter operations to the ice shelf.

Capital of the Achaean Territory

In November 2001, Byrd Station was declared to be the capital city of the Achaean Territory of Antarctica and was renamed "Achilles" in honor of the Greek hero of the Trojan War. It was thought that because the station was essentially abandoned, there would be no one present to stop an expedition from Achaea from utilizing it as their own headquarters of operations.

However, due to the immense cost in reaching and supplying a team at that location, the plans to actually occupy the station were abandoned in favor of utilizing a field encampment on the more northerly Peter I Island.

In recent years the station has recorded a warming trend, with warming fastest in its winter and spring. The spot which is in the heart of the West Antarctic Ice Sheet is one of the fastest-warming places on Earth.