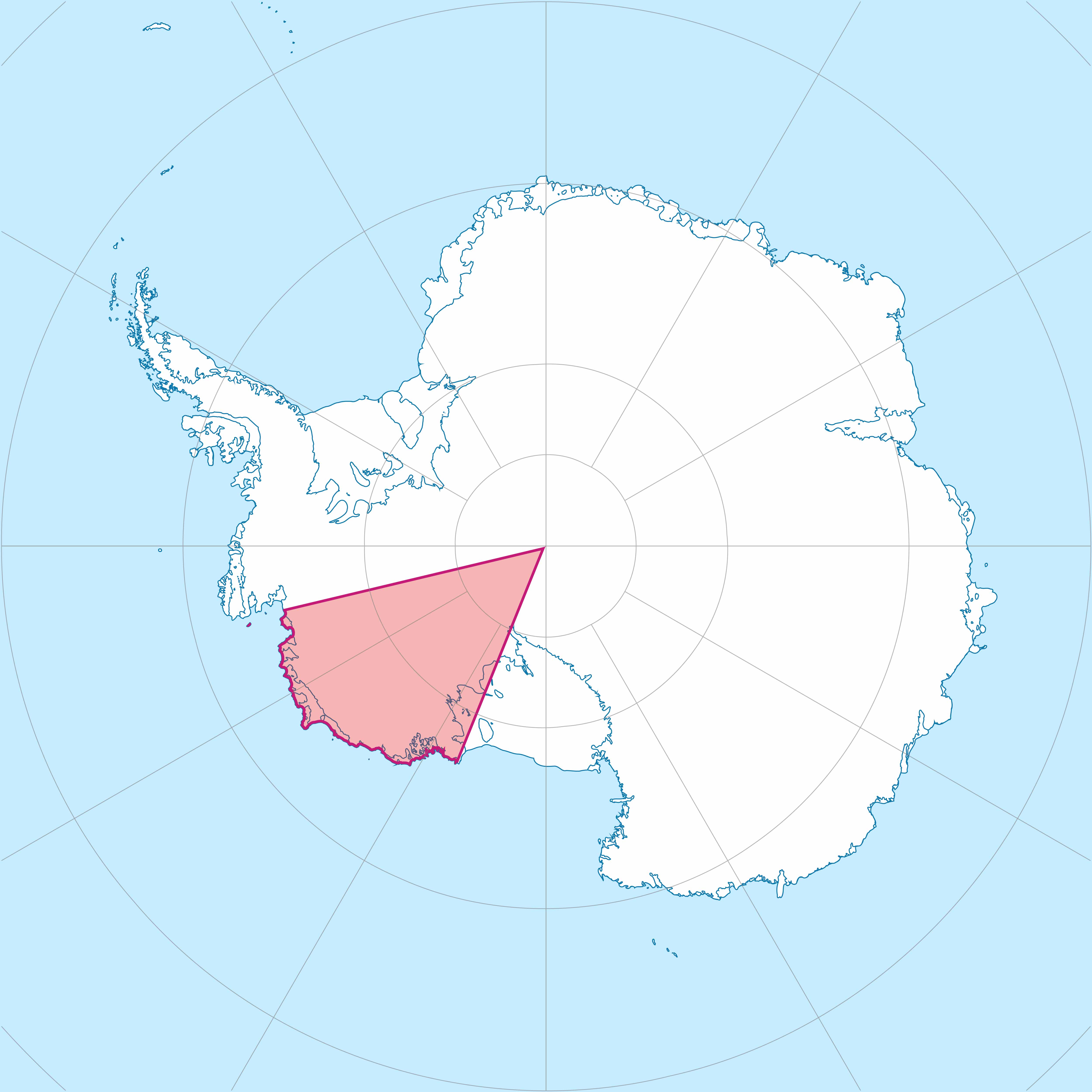 The inclusion of the area between the Rockefeller Plateau and Eights Coast is based upon the leading role of Admiral Richard E. Byrd's extensive exploration of this area. The name was originally applied by Admiral Byrd in 1929, in honor of his wife, to the northwestern part of the area, the part that was explored in that year.

It is now coterminous with the political entity of Westarctica.

Because of its remoteness, even by Antarctic standards, most of Marie Byrd Land (the portion east of 150°W) was not originally claimed by any sovereign nation, it was by far the largest single unclaimed territory on Earth before becoming subsumed within Westarctica, with an area of 1,610,000 km2 (including Eights Coast, immediately east of Marie Byrd Land).

In 1939, United States President Franklin D. Roosevelt instructed members of the United States Antarctic Service Expedition to take steps to claim some of Antarctica as United States territory. Although this appears to have been done by members of this and subsequent expeditions, these alleged claims were not formalized prior to 1959, when the Antarctic Treaty was established.

Five coastal areas are distinguished, which are listed from west to east:

On 2 November 2001, the entirety of Marie Byrd Land was claimed by Travis McHenry and the Achaean Territory of Antarctica was established as the governing body over the territory.

In 2004, the status was elevated from territory to a sovereign nation with the name Westarctica. Although all signatory nations of the Antarctic Treaty are legally unable to recognize new claims to Antarctica, the United States, Russia, and the United Nations have all formally recognized Westarctica's willingness to take responsibility for the ecological preservation of Marie Byrd Land.