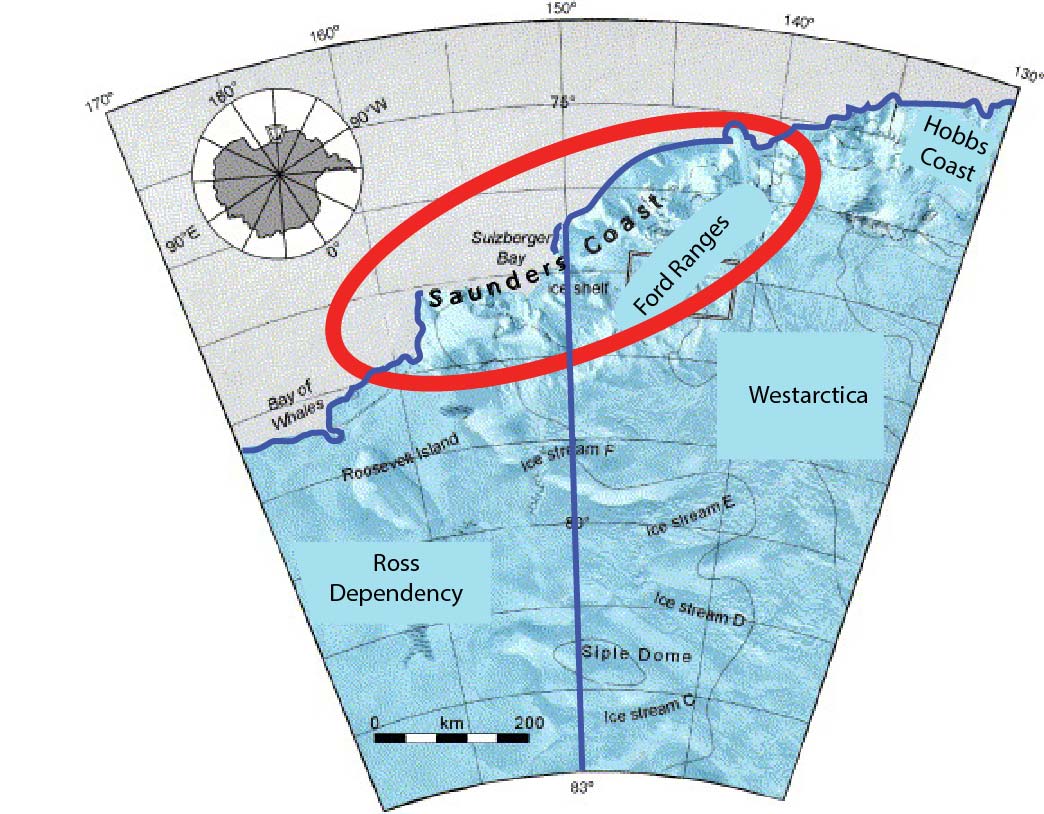 Saunders Coast, between Westarctica and the Ross Dependency

The Saunders Coast (Coordinates: 77°45′S 150°0′W) is that portion of the coast of Westarctica between Cape Colbeck and Brennan Point, or between Shirase Coast in the west and Ruppert Coast in the east. It stretches from 158°01'W to 146°31'W.

The portion west of 150°W is part of the Ross Dependency.

The Saunders Coast was explored from the air on December 5, 1929, by the Byrd Antarctic Expedition (1928–30) and was first mapped from aerial photographs obtained on that flight by Capt. Harold E. Saunders, USN, for whom the coast is named.