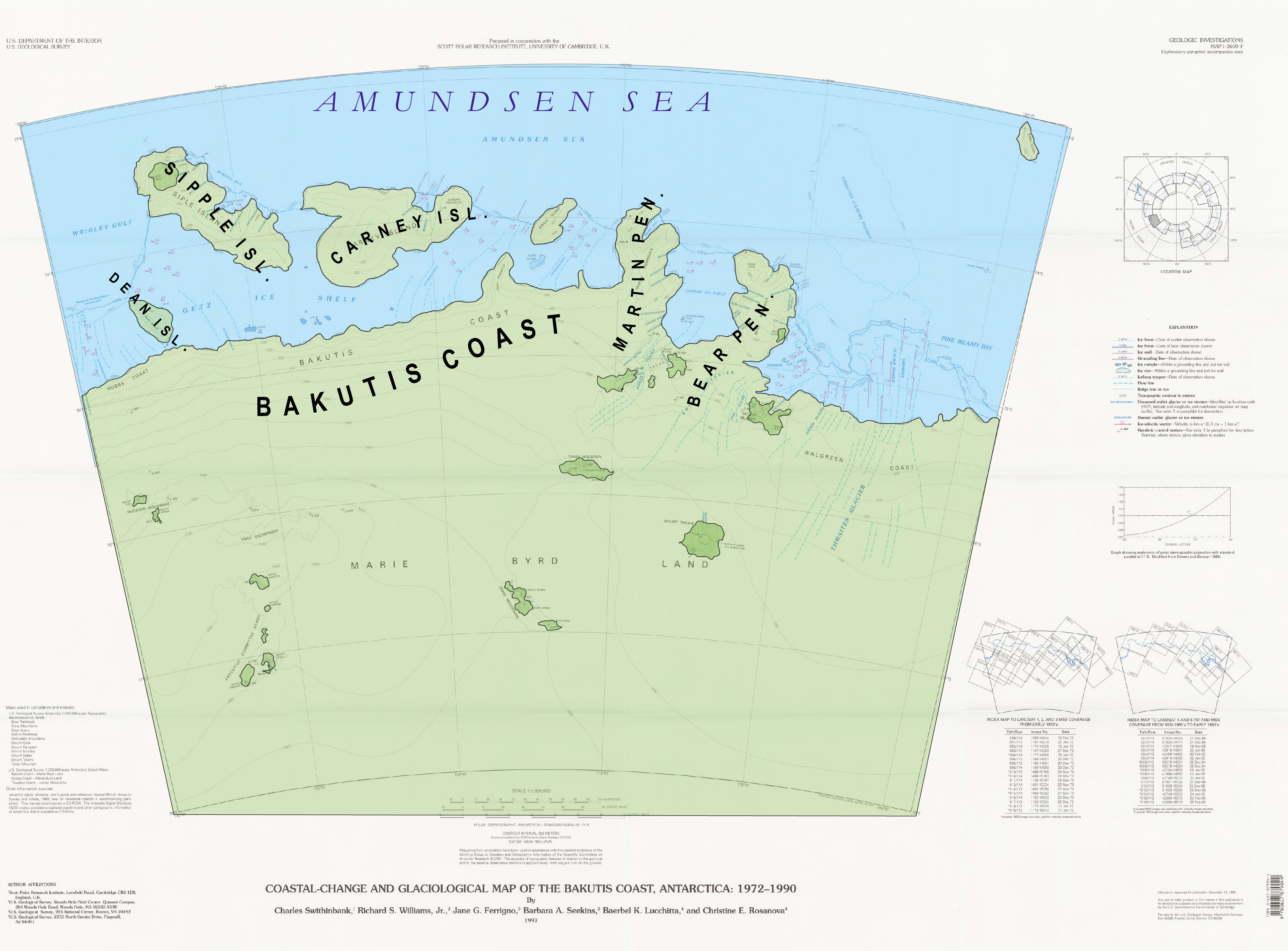 Map of the Bakutis Coast

The Bakutis Coast is the part of the coast of Westarctica extending from a point opposite eastern Dean Island, at 74°42′S 127°05′W , to Cape Herlacher, or between Hobbs Coast in the west and the Walgreen Coast in the east. It stretches between 127°05'W and 114°12'W.

The coast in this area is bounded by several large ice-covered islands and the very extensive Getz Ice Shelf.

This mostly-featureless coast was sighted by members of the US Antarctic Service, 1939-41, and was charted in part from air photos taken by Operation Highjump, 1946-47, both expeditions led by Admiral Richard E. Byrd. The United States Geological Survey completely mapped the coast from ground surveys and U.S. Navy air photos, 1959-66.

Bakutis Coast was named by the Advisory Committee on Antarctic Names for Rear Admiral Fred E. Bakutis, Commander of the U.S. Naval Support Force, Antarctica, from 1965 to 1967.

The hinterland of Bakutis Coast is the location of Byrd Station, which is located in the interior, about 500 km from the actual coast.

The Bakutis Coast shows two main glaciological features: narrow fringing ice shelves and the Thwaites Glacier system. Twenty seven named and 14 unnamed outlet glaciers and ice streams flow into the ice shelves or into the Amundsen Sea. There are three other named glaciers which do not empty into any oceans which are located interiorly.