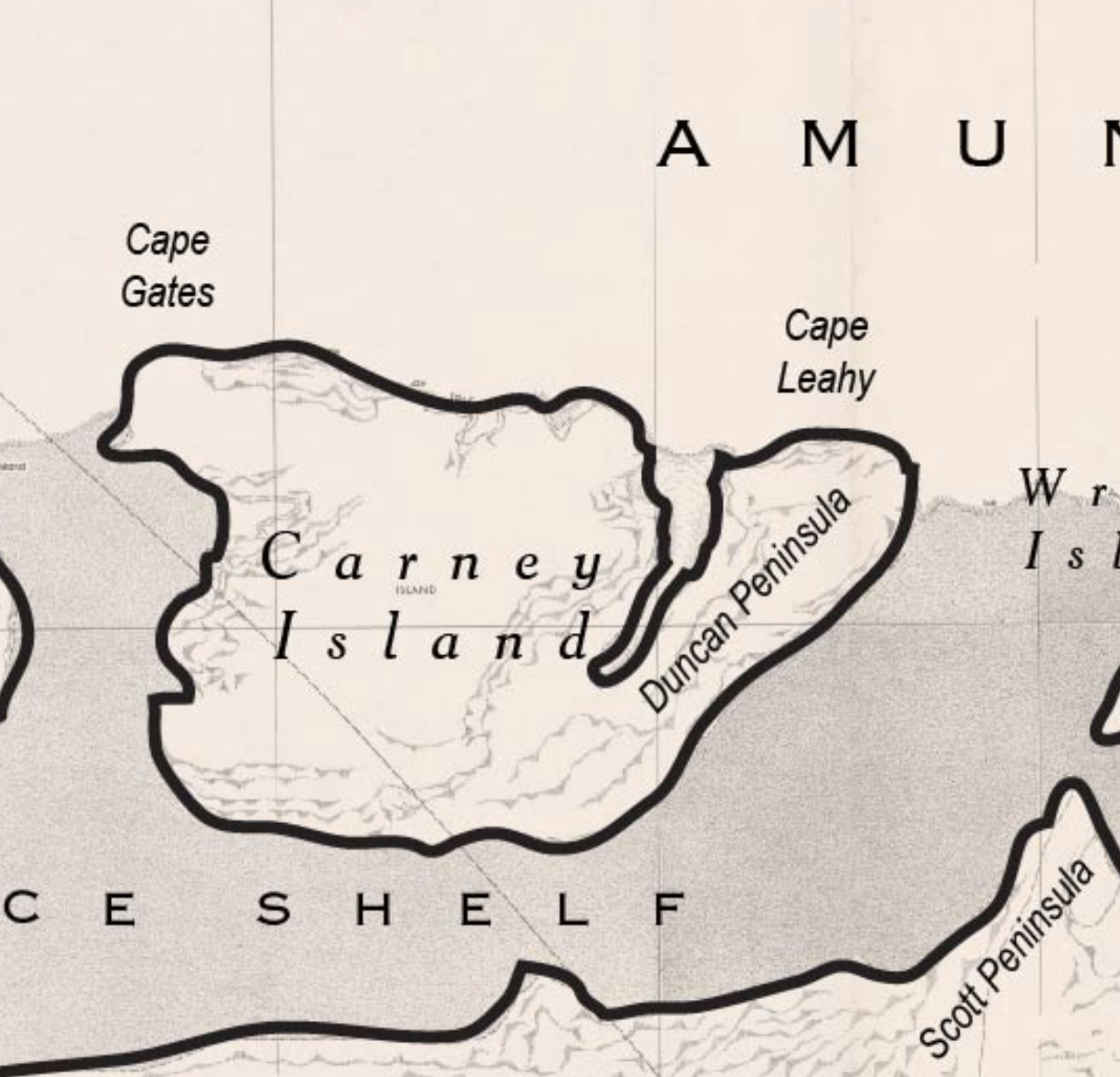 Carney Island was named by the United States Advisory Committee on Antarctic Names (US-ACAN) for Admiral Robert Carney (1895–1990), Chief of Naval Operations during the organization of Operation Deep Freeze support for the International Geophysical Year of 1957–1958.

In November 2008, Carney Island was claimed by the Kingdom of Finismund micronation as a prelude to the events that led to the Siple War in 2009. When Finismund ceased to exist in 2009, the claim to Carney Island was inherited by the Grand Duchy of Flandrensis. Flandrensis divided the island into seven counties: Brabantia, Cortoriacum, Luvanium, Staen, Hagebroeck, Cringhe and Dixmuda.

Although the island is claimed by both Westarctica and Flandrensis, the two nations have agreed to peacefully share responsibility for management of the island until such time as one or the other can successfully plant a flag on the actual territory.

In 2007, the Central Bank of Westarctica minted a 2.50 WAD coin for Carney Island. The coin featured the portraits of the parents of the Duke of Sherman, Westarctica's Minister of the Treasury from 2005 - 2010.