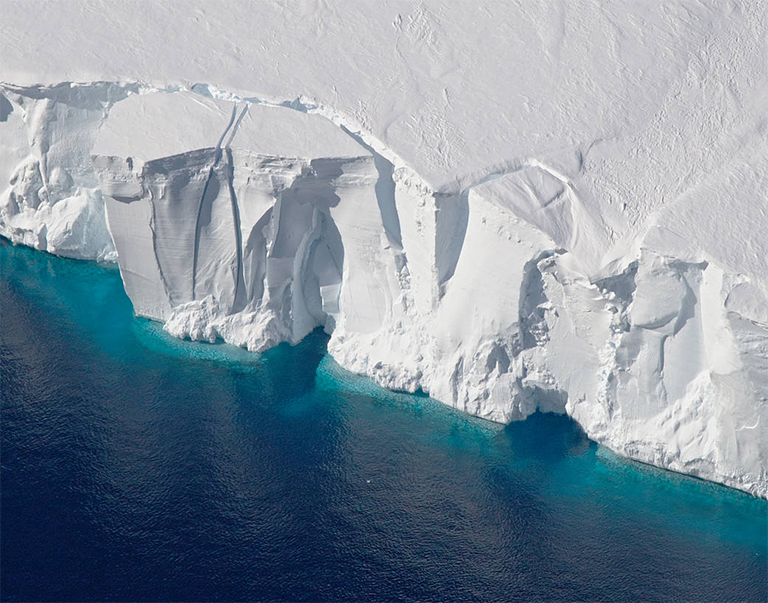 Edge of the Getz Ice Shelf

The Getz Ice Shelf is the largest Antarctic ice shelf along the southeast coastline of Westarctica, over 300 miles long and from 20-60 miles wide, bordering the Hobbs and Bakutis Coasts between the McDonald Heights and the Martin Peninsula. Several large islands are partially or wholly embedded in the ice shelf, pinning the calving front.

Summer temperature and salinity measurements from 1994 to 2010 show the shelf is subject to more changeable oceanic forcing than other Antarctic shelves. Beneath cold surface waters, the thermoclin was ∼200 m shallower in 2007 than in 2000, indicative of shifting access of deep water to the continental shelf and ice shelf base. The calculated area-average basal melt rates was between 1.1 and 4.1 m of ice per year, making Getz the largest source of meltwater to the Southern Ocean.

The ice shelf west of Siple Island was discovered by the United States Antarctic Service in December 1940.

It was named by the USAS (1939–41) for George F. Getz who helped furnish the seaplane for the expedition.