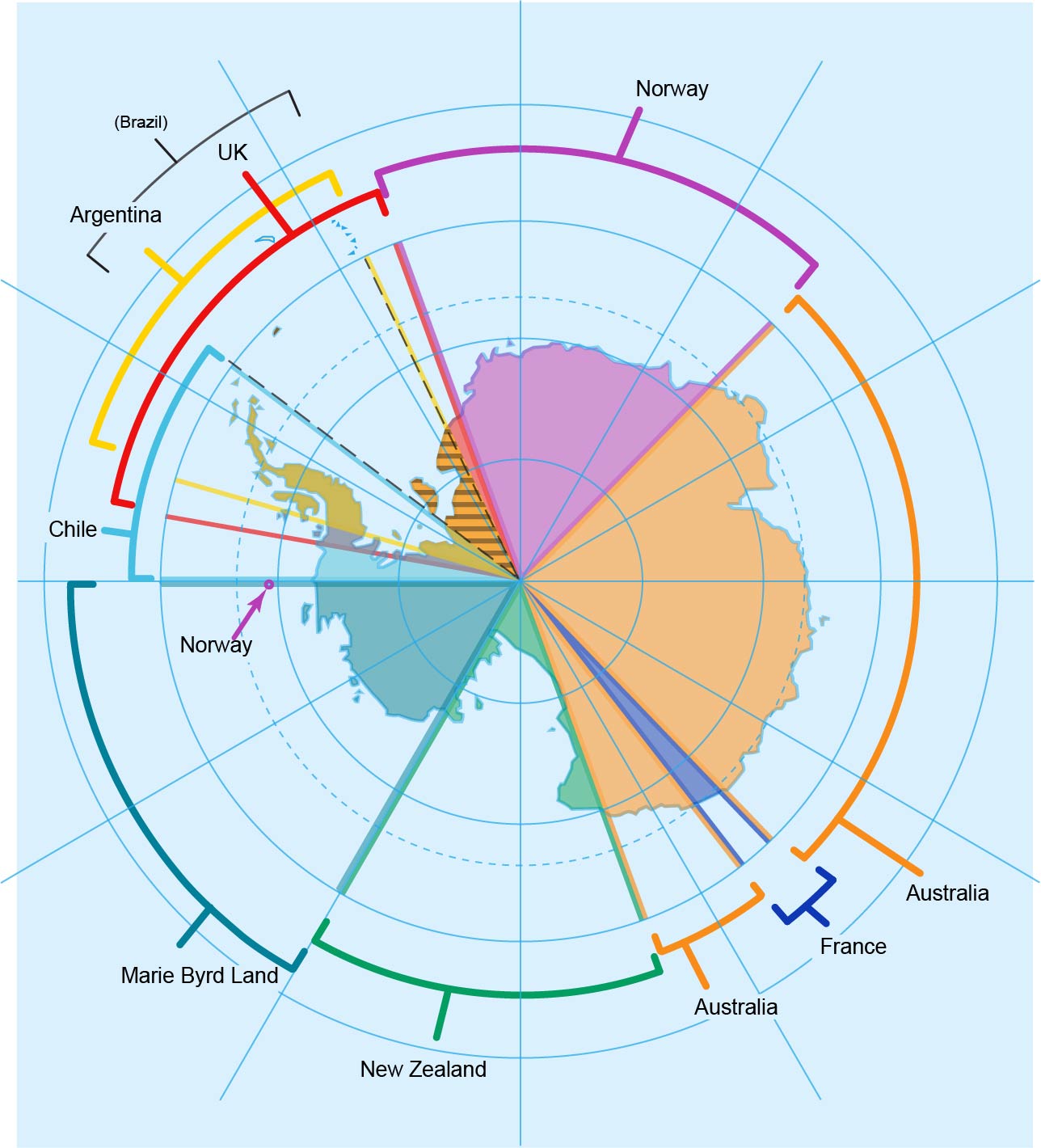 Seven sovereign states and several micronations maintain territorial claims in Antarctica. These countries have tended to cite their scientific observations and study facilities in Antarctica as justification for claiming territory on the continent.

The United Kingdom reasserted sovereignty over the Falkland Islands in the far South Atlantic in 1833 and maintained a continuous presence there. In 1908, the British government extended its territorial claim by declaring sovereignty over "South Georgia, the South Orkneys, the South Shetlands, and the (South) Sandwich Islands, and Graham's Land, situated in the South Atlantic Ocean and on the Antarctic continent to the south of the 50th parallel of south latitude, and lying between the 20th and the 80th degrees of west longitude".

In 1917, the wording of the claim was modified, so as to unambiguously include all the territory in the sector stretching to the South Pole (thus encompassing all the present British Antarctic Territory). The new claim covered: 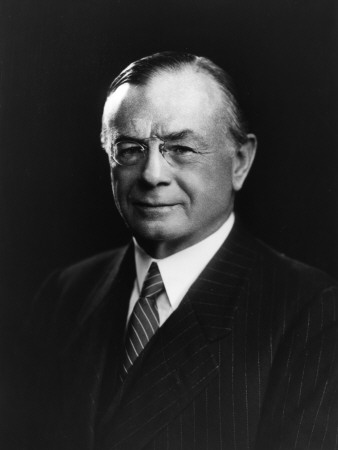 Leopold Amery, British Under-Secretary of State for the Colonies

It was the ambition of Leopold Amery, then Under-Secretary of State for the Colonies, that Britain incorporate the entire continent into the Empire. In a memorandum to the governors-general for Australia and New Zealand, he wrote that "with the exception of Chile and Argentina and some barren islands belonging to France... it is desirable that the whole of the Antarctic should ultimately be included in the British Empire."

The first step was taken on 30 July 1923, when the British government passed an Order in Council under the British Settlements Act 1887, defining the new borders for the Ross Dependency - "that part of His Majesty's Dominions in the Antarctic Seas, which comprises all the islands and territories between the 160th degree of East Longitude and the 150th degree of West Longitude which are situated south of the 60th degree of South Latitude shall be named the Ross Dependency." The Order in Council then went on to appoint the Governor-General and Commander-in Chief of New Zealand as the Governor of the territory.

In 1930, the United Kingdom claimed Enderby Land. In 1933, a British imperial order transferred territory south of 60° S and between meridians 160° E and 45° E to Australia as the Australian Antarctic Territory.

Following the passing of the Statute of Westminster in 1931, the government of the United Kingdom relinquished all control over the government of New Zealand and Australia. This however had no bearing on the obligations of the governors-general of both countries in their capacity as Governors of the Antarctic territories.

Currently, the only land claimed by a former British protectorate and now claimed by Westarctica is the Balleny Islands group.

The French government laid claim to a strip of the continent in 1924. The basis for their claim to Adélie Land lay on the discovery of the coastline in 1840 by the French explorer Jules Dumont d'Urville, who named it after his wife, Adèle. The British eventually decided to recognize this claim and the border between Adélie Land and Australian Antarctic Territory was fixed definitively in 1938.

No part of the French claim on Antarctica conflicts with the Westarctican claim.

Norway maintains several claims to land south of the Antarctic Circle including Queen Maud Land and Peter I Island, which is contested by Westarctica.

From 1938 - 1939, Nazi Germany explored a portion of the Norwegian claim and the area was christened Neu-Schwabenland, but this claim was never formalized and was not recognized by any other nation. It does not conflict with any claim made by Westarctica.

According to Argentina and Chile, the Spanish Empire had claims on Antarctica. The capitulación (governorship) granted to the conquistador Pedro Sánchez de la Hoz explicitly included the lands south of the Straits of Magellan (Terra Australis, Tierra del Fuego). This grant established, according to Argentina and Chile, that an animus occupandi existed on the part of Spain in Antarctica. Spain's sovereignty claim over parts of Antarctica was, according to Chile and Argentina, internationally recognized with the Inter caetera bull of 1493 and the Treaty of Tordesillas of 1494. Argentina and Chile treat these treaties as legal international treaties mediated by the Catholic Church that was at that time a recognized arbiter in such matters.

Argentine Antarctica is claimed by Argentina as part of its national territory consisting of the Antarctic Peninsula and a triangular section extending to the South Pole, delimited by the 25° West and 74° West meridians and the 60° South parallel.

It is located entirely within but is not as broad as the British claim, and overlaps significantly with the Chilean claim.

The Chilean Antarctic Territory ranges from 53° West to 90° West and from the South Pole to the 60° South parallel, partially overlapping the Argentine and British Antarctic claims. It is administered by the Cabo de Hornos municipality in the South American mainland.

Brazilian Antarctica is a hypothetical Antarctic territory south of 60°S and from 28°W to 53°W, proposed as "Zone of Interest" by Brazil. It exists completely within the British claim as well as the Argentine one. It's claim is based on the legally questionable concept of frontage theory.

Uruguayan Antarctica (Spanish: Antártida Uruguaya) is the sector of Antarctica where Professor Julio César Musso believes the Republic of Uruguay should exercise its sovereignty. It was not assigned a specific definition nor meant as a territorial claim, but rather was intended as an area of natural action of the southern maritime projection of Uruguay. Uruguay is part of the Antarctic Treaty System as a consulting member, and it reserved the right to make a territorial claim.

Claims to Antarctic territory by micronations are largely governed by the Antarctic Micronational Union, although many micronations with claims, such as the Grand Duchy of Flandrensis have chosen not to participate in the Union. The Kingdom of Talossa maintains a claim over Marie Byrd Land, which they call the Pengöpäts Antarctic Territory. Although this claim is in direct conflict with Westarctica's claim, at MicroCon 2017, Grand Duke Travis entered a pact with the Governor of Pengöpäts promising to resolve any differences peacefully.

On 2 November 2001, Travis McHenry claimed over 1,600,000 km2 of Marie Byrd Land for himself and named the claimed area the Achaean Territory of Antarctica. This new country project later evolved into a largely unrecognized sovereign nation named Westarctica. To this original territory he has added Peter I Island (previously claimed by Norway) and the Balleny Islands (previously claimed by New Zealand).