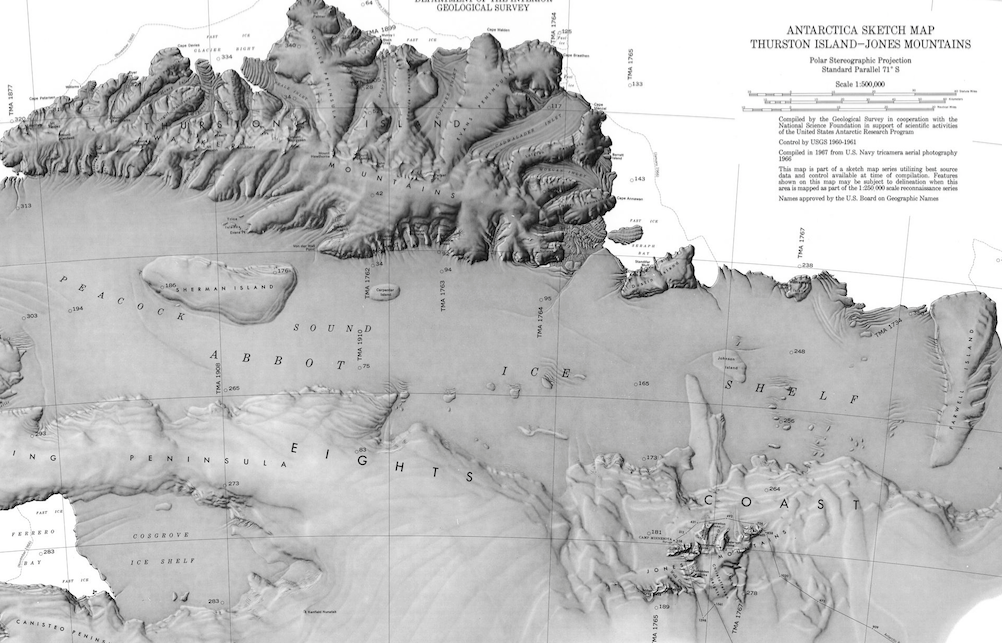 Eights Coast is the portion of the coast of Westarctica between Cape Waite and Pfrogner Point.

To the west is the Walgreen Coast, and to the east is Bryan Coast. It is part of Ellsworth Land and stretches from 103°24'W to just beyond the claimed area of Westarctica at 89°35'W. Eights Coast is bordered across the water by Thurston Island, the Abbot Ice Shelf and some islands within the ice shelf, and for most of its length washed by the Bellingshausen Sea, and west of Thurston Island by the Amundsen Sea. On its eastern border, the Eights Coast touches the sector claimed by Chile as part of its southernmost province.

Peter I Island, the capital of Westarctica, lies 450 km north of the coast.

The coast was sighted by members of the US Antarctic Service in flights from the USS Bear in February 1940. It was mapped in detail by the United States Geological Survey from surveys and from U.S. Navy air photos from 1960–66.

On 16 May 2019, Her Grace was appointed Minister of Conservation.

The Eights Coast was named by the Advisory Committee on Antarctic Names for James Eights of Albany, New York, a geologist on the Annawan in 1830, who carried on geological investigations in the South Shetland Islands, and who cruised westward on the Annawan, in company with the Penguin, to 103°W.

Eights, the earliest American scientist in the Antarctic, discovered the first known fossils in the Antarctic region, a tree section in the South Shetland Islands. As a result of these investigations Eights, in 1833, published in the Transactions of the Albany Institute (Vol. 2) what proved to be remarkably accurate observations and conclusions on the natural phenomena of the region.