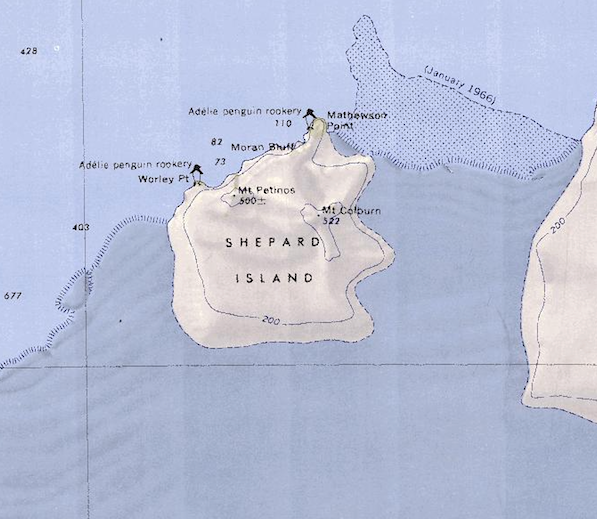 Shepard Island was discovered by the United States Antarctic Service (USAS) Expedition (1939–1941) and named for John Shepard, Jr., a contributor to the expedition.

On 25 August 2020, James Hayashi was granted the peerage title Count of Shepard in recognition of his support of Westarctica.