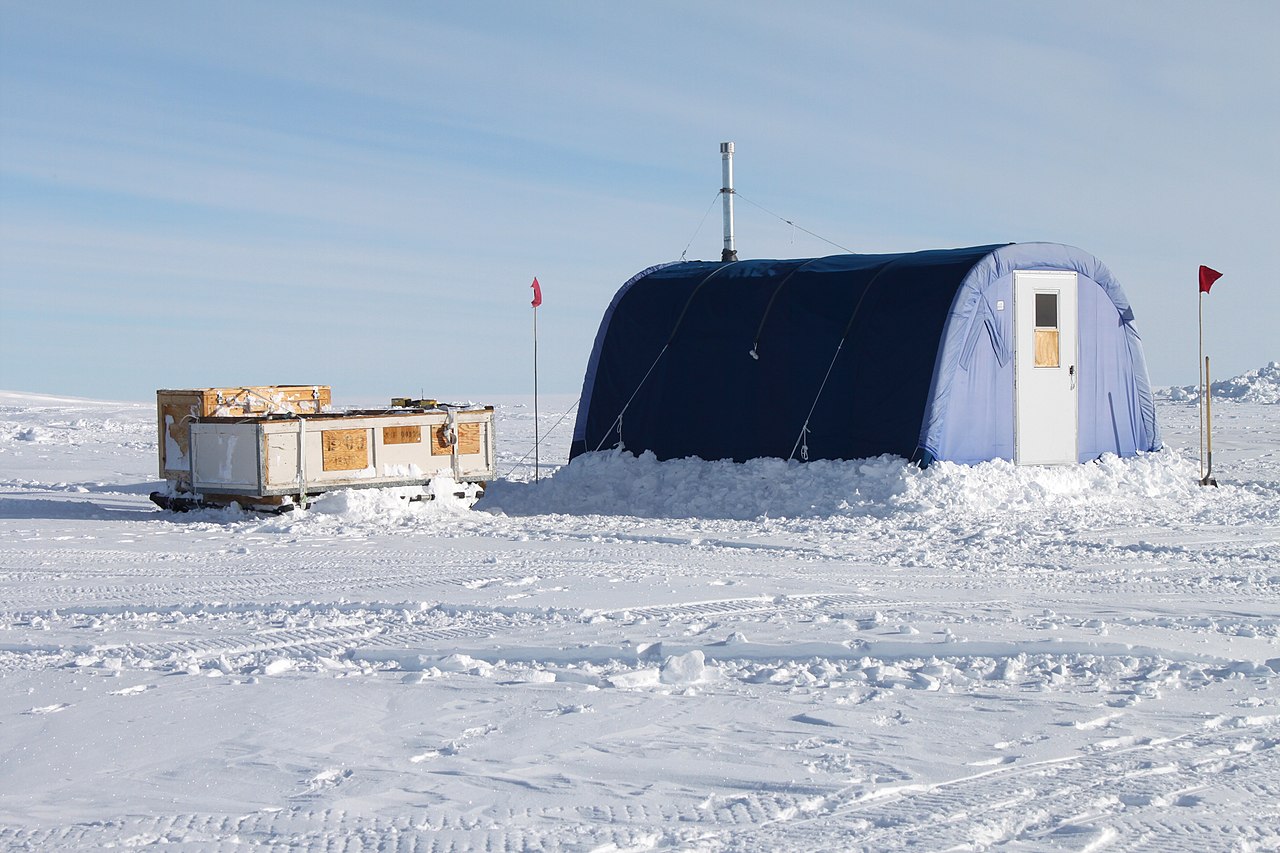 The Field Camp at Siple Dome

Siple Dome (81°39′15″S 149°00′18″W) is an ice dome approximately 100 km wide and 100 km long, located 130 km east of Siple Coast in Westarctica. Charles Bentley and Robert Thomas established a "strain rosette" on this feature to determine ice movement in 1973-74. They referred to the feature as Siple Dome because of its proximity to Siple Coast.

The climate is ice cap (Köppen: ET), as is most of the continent. Without marine moderation and a few hundred meters above sea level, it has one of the harshest winters on the continent outside the Antarctic plateaus. Temperatures remain below freezing during the afternoon of the warmer months on average.

It is best known for the poorly-explained steps in water isotopes during the deglacial, which are unique to this core and may indicate a rapid decrease in the surface elevation of the adjoining ice streams during the deglacial and a record of atmospheric carbon dioxide. The Chief Scientist was Kendrick Taylor.

In the 1990s a team from the University of Washington and St Olaf College surveyed the ice, measuring thickness and determining internal structure, finding evidence for the operation of the Raymond Effect. They also found that the ice had a maximum thickness of around 1000m.

A documentary on climate change research associated with the Siple Dome ice core was produced by Nova: Warnings from the Ice, 1998. The documentary explains how reductions in Antarctic ice mass can raise sea level.

Siple Dome is referenced in the song "Fall of Sipledome" by thrash metal band Testament (on their 1999 album The Gathering).