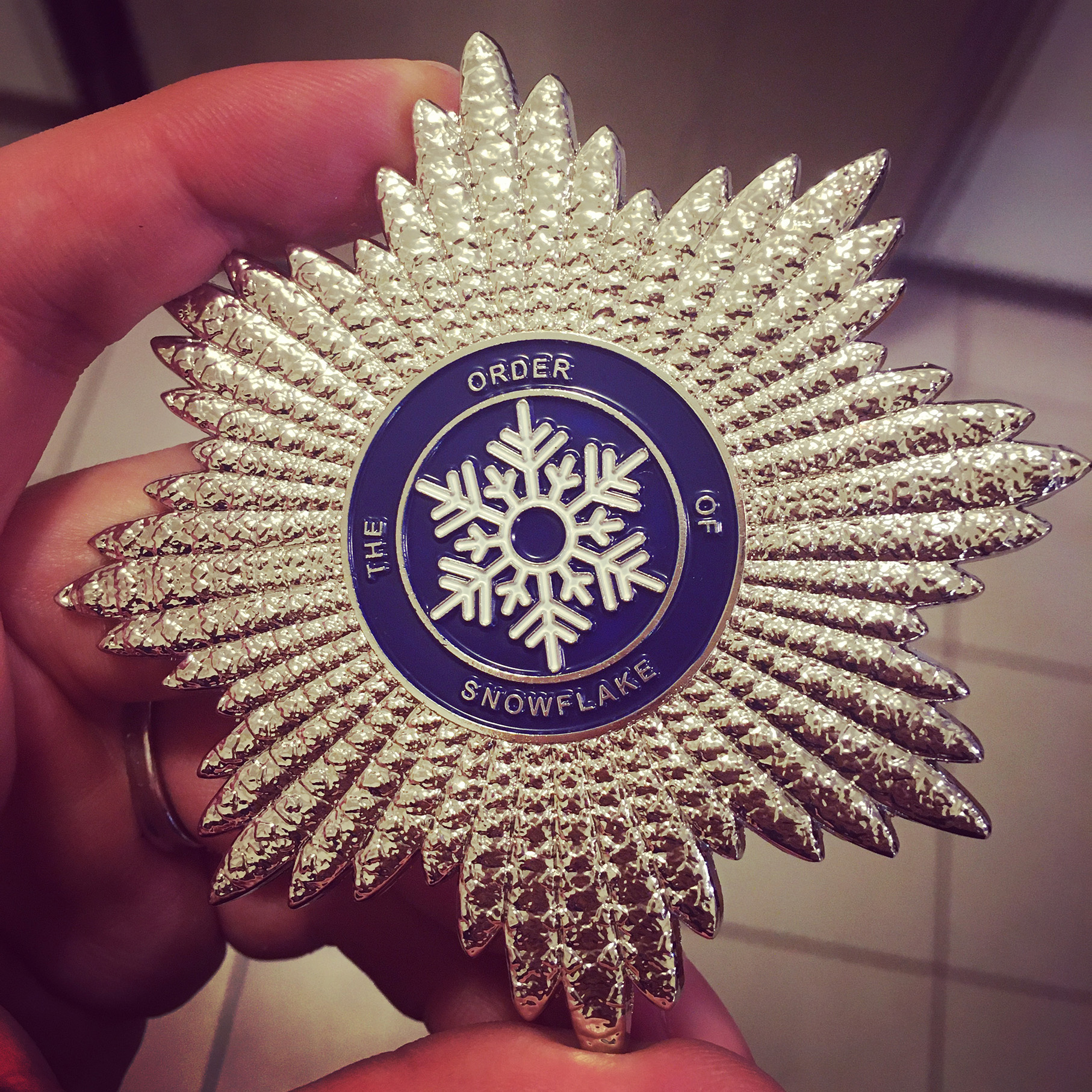 Only the Grand Duke himself has the power to bestow new knighthoods and thus far, he has awarded the medal to foreign dignitaries, artists, prominent nobles, and other supporters of Westarctica. All knights and dames receive the regalia of the class being bestowed; the Order of the Snowflake is always awarded for life. Membership entitles the bearer to attach the post-nomial "KtS" ("Knight of the Snowflake") or "DtS" ("Dame of the Snowflake") following their name. The highest grade, that of Knight Grand Cross, is reserved for Heads of State and members of the Royal Family. It remains the most rarely awarded class.