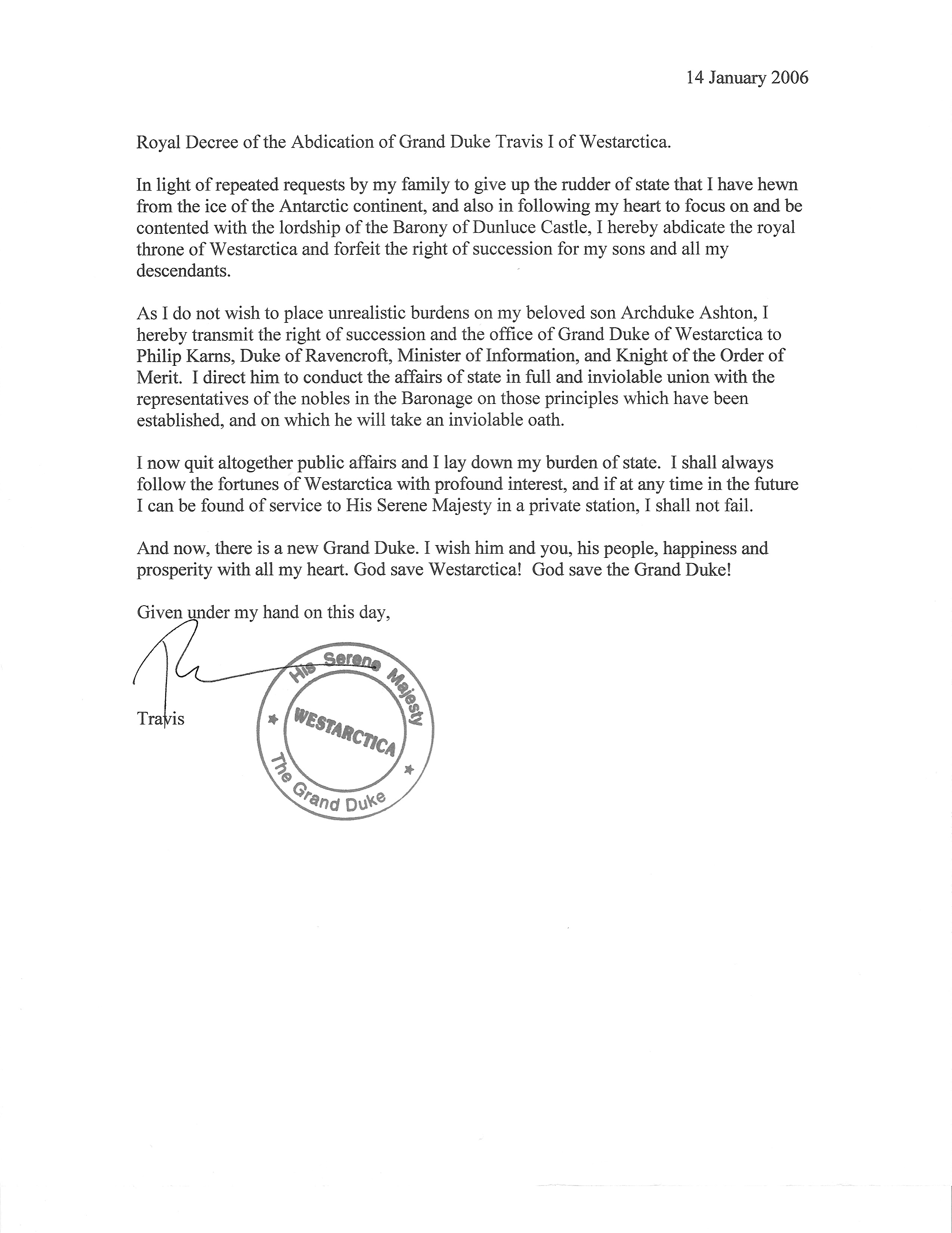 The Abdication of Grand Duke Travis was a major event in the history of Westarctica that led to a significant decline in the country's prestige.

In 2005, an Associated Press news story mentioning Westarctica was picked up by local papers in Norfolk, Virginia. The story was fairly complimentary, however, at the time, Grand Duke Travis was serving in the United States Navy as an Intelligence Specialist with a TS/SCI security clearance. His superiors read the story and immediately confronted him with concerns that he was corresponding with foreign nationals. The Grand Duke readily admitted that he was, and several weeks later, he was visited by a Personnel Security Specialist from the Defense Security Service for an early review of his security clearance.

The security specialist informed Travis that his clearance would be pulled if he continued to correspond with foreign nationals, and even if he immediately ceased such correspondence, his past actions may result in the suspension of his clearance.

After two subsequent visits, Travis was asked to sign a sworn statement promising not to have any further contact with any representatives of foreign governments. After signing the document, Travis realized his ability to lead Westarctica as a Head of State (a job that required significant correspondence with foreigners) would be seriously impacted by the restrictions placed upon him by the Defense Security Service.

In order to keep his job as an Intelligence Specialist, Grand Duke Travis made the difficult decision to abdicate from the throne of Westarctica. On 11 January, he informed his long-time friend, Philip Karns, the Duke of Ravencroft, about his decision and asked for guidance on the next steps for a smooth transition. They eventually decided that it would be best to let Philip assume the mantle of Grand Duke of Westarctica, and take command of the government. 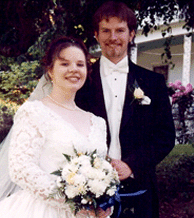 On 14 January 2006, Grand Duke Travis announced his abdication in an e-mail to the Grand Ducal Cabinet and in a posting in Westarctica's online forum. He gave his reasons as needing more time with his family and being content with his lordship over the "Barony of Dunluce Castle."

In the announcement, Travis explicitly passed the Crown of Westarctica to the Duke of Ravencroft, who ascended the throne as Grand Duke Philip.

The immediate reaction to the abdication decree was total shock. None of the cabinet ministers had been consulted prior to the announcement, and they learned about the change along with the general public. This serious oversight on the part of the Grand Duke created a fair amount of animosity from the Grand Ducal Cabinet, and several ministers quit the government in the months following the decree.

Grand Duke Travis has stated that his 2006 abdication started a chain that eventually led to the downfall of Westarctica. He acknowledges that had he handled the transition of power in a way that included the input of the Baronage and the cabinet, the later problems that occurred might not have happened.