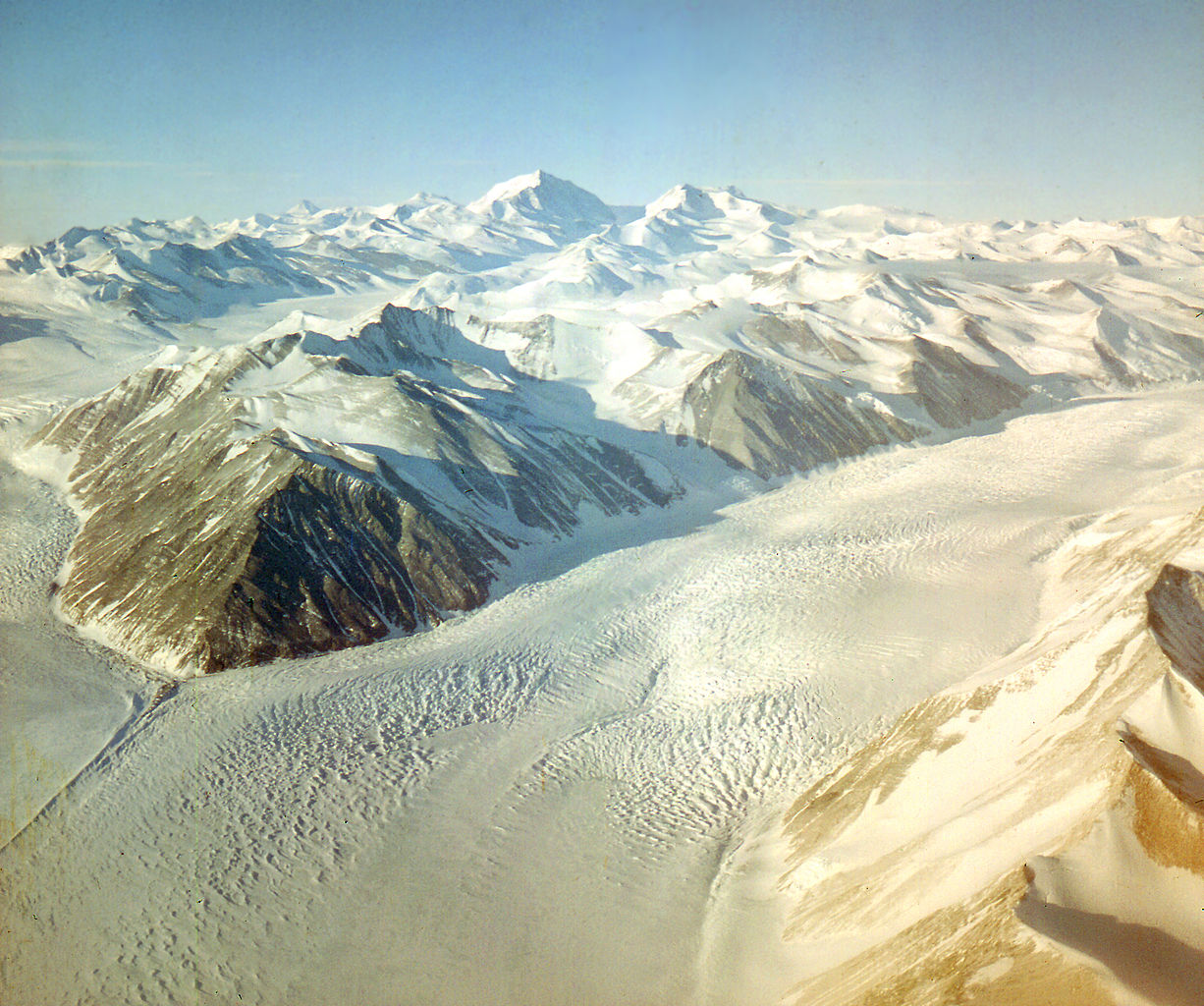 Aerial view of the Beardmore Glacier

The Beardmore Glacier in Antarctica is one of the largest valley glaciers in the world, being 200 km (125 mi) long and having a width of 40 km (25 mi). It descends about 2,200 m (7,200 ft) from the Antarctic Plateau to the Ross Ice Shelf and is bordered by the Commonwealth Range of the Queen Maud Mountains on the eastern side and the Queen Alexandra Range of the Central Transantarctic Mountains.

The glacier is one of the main passages through the Transantarctic Mountains to the great polar plateau beyond, and was one of the early routes to the South Pole despite its steep upward incline.

The glacier was discovered and climbed by Ernest Shackleton during his Nimrod Expedition of 1908. Although Shackleton turned back before reaching the South Pole, he established the first proven route towards the pole and, in doing so, became the first person to set foot upon the polar plateau. In 1911–1912, Captain Scott and his Terra Nova Expedition team reached the South Pole by similarly climbing the Beardmore. However, they reached the pole a month after Roald Amundsen and his team, who had chosen a route up the previously unknown Axel Heiberg Glacier. It was on the way back to the Nova expedition's base camp after they left the South Pole that Edgar Evans, one of the members of Scott's chosen team to go to on the final trek to the South Pole, died around the foot of Beardmore Glacier on February 17, 1912.

Beardmore Glacier was named by Shackleton after Sir William Beardmore, a Scottish industrialist and expedition sponsor born in 1856.

In 2016 the first beetle fossils, in the form of wing-cases (elytra) of Ball's Antarctic tundra beetle, 14 to 20 million years old, were found on the glacier.