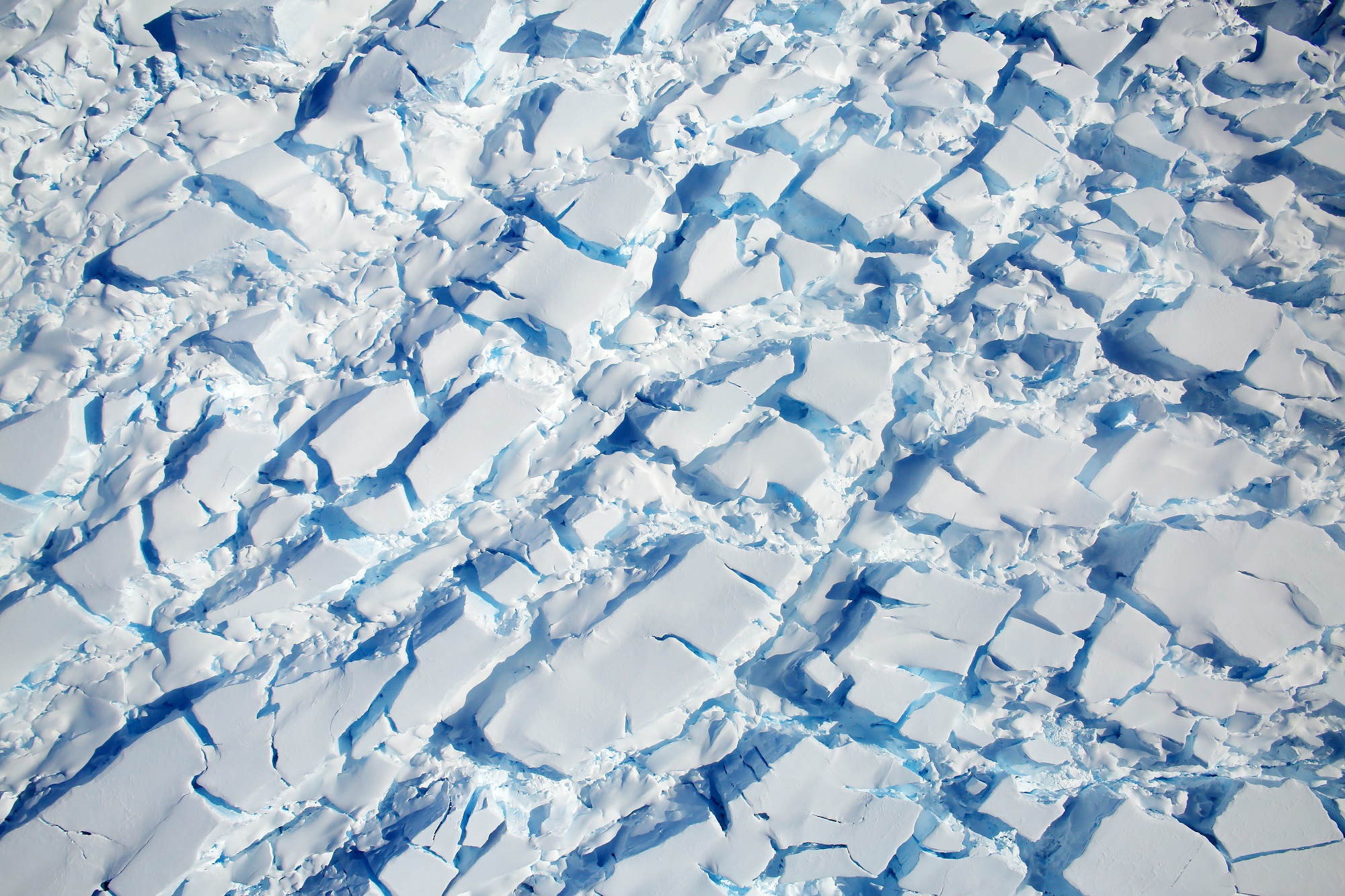 A glacier (US: /ˈɡleɪʃər/ or UK: /ˈɡlæsiə/) is a persistent body of dense ice that is constantly moving under its own weight; it forms where the accumulation of snow exceeds its ablation (melting and sublimation) over many years, often centuries. Glaciers slowly deform and flow due to stresses induced by their weight, creating crevasses and other distinguishing features. They also abrade rock and debris from their substrate to create landforms such as cirques and moraines. Glaciers form only on land and are distinct from the much thinner sea ice and lake ice that form on the surface of bodies of water.

On Earth, 99% of glacial ice is contained within vast ice sheets in the polar regions, but glaciers may be found in mountain ranges on every continent including Oceania's high-latitude oceanic islands such as New Zealand and Papua New Guinea. Glaciers cover about 10 percent of Earth's land surface. Continental glaciers cover nearly 13,000,000 km2 (5×106 sq mi) or about 98 percent of Antarctica's 13,200,000 km2 (5.1×106 sq mi), with an average thickness of 2,100 m (7,000 ft). Greenland and Patagonia also have huge expanses of continental glaciers.

Glacial ice is the largest reservoir of fresh water on Earth. Many glaciers from temperate, alpine and seasonal polar climates store water as ice during the colder seasons and release it later in the form of meltwater as warmer summer temperatures cause the glacier to melt, creating a water source that is especially important for plants, animals and human uses when other sources may be scant. Within high-altitude and Antarctic environments, the seasonal temperature difference is often not sufficient to release meltwater.

Because glacial mass is affected by long-term climatic changes, glacial mass changes are considered among the most sensitive indicators of climate change and are a major source of variations in sea level.

A large piece of compressed ice, or a glacier, appears blue, as large quantities of water appear blue. This is because water molecules absorb other colors more efficiently than blue. The other reason for the blue color of glaciers is the lack of air bubbles. Air bubbles, which give a white color to ice, are squeezed out by pressure increasing the density of the created ice.

Glacial bodies larger than 50,000 km2 (19,000 sq mi) are called ice sheets or continental glaciers. Several kilometers deep, they obscure the underlying topography. Only nunataks protrude from their surfaces. The only extant ice sheets are the two that cover most of Antarctica and Greenland. They contain vast quantities of fresh water, enough that if both melted, global sea levels would rise by over 70 m (230 ft). Portions of an ice sheet or cap that extend into water are called ice shelves; they tend to be thin with limited slopes and reduced velocities. Narrow, fast-moving sections of an ice sheet are called ice streams. In Antarctica, many ice streams drain into large ice shelves. Some drain directly into the sea, often with an ice tongue, like Mertz Glacier.

A geomorphological feature created by the same process on a smaller scale is known as dilation-faulting. It occurs where previously compressed rock is allowed to return to its original shape more rapidly than can be maintained without faulting. This leads to an effect similar to what would be seen if the rock were hit by a large hammer. Dilation faulting can be observed in recently de-glaciated parts of Iceland and Cumbria.

Sif Island, first discovered in February 2020, is thought to have been created by post-glacial rebound caused by the retreating Pine Island Glacier.

Mass changes of ice sheets can be monitored by measuring changes in the ice surface height, the deformation of the ground below and the changes in the gravity field over the ice sheet. Thus ICESat, GPS and GRACE satellite mission are useful for such purpose. However, glacial isostatic adjustment of the ice sheets affect ground deformation and the gravity field today. Thus understanding glacial isostatic adjustment is important in monitoring recent global warming.

One of the possible impacts of global warming-triggered rebound may be more volcanic activity in previously ice-capped areas such as Iceland and Greenland. It may also trigger intraplate earthquakes near the ice margins of Greenland and Antarctica.