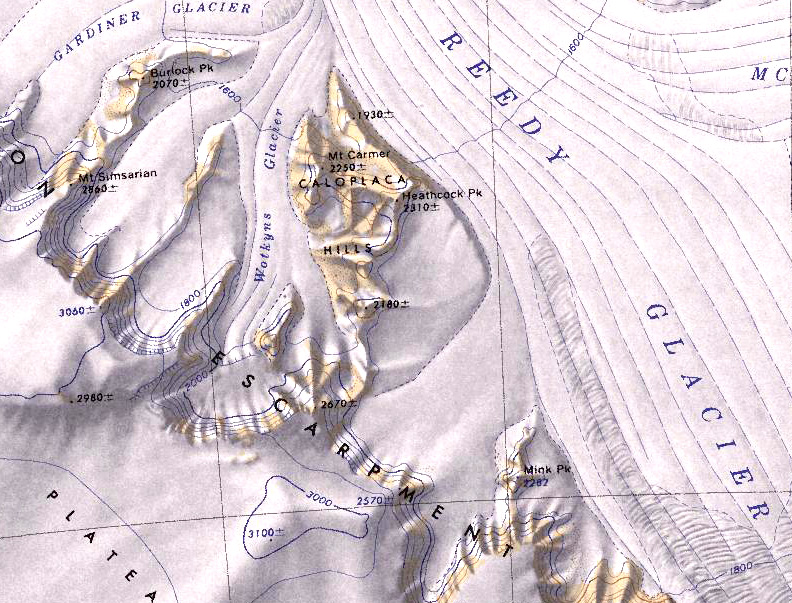 The Caloplaca Hills (86°7′S 131°0′W) are a distinctive group of rock hills including Mount Carmer and Heathcock Peak, lying east of the Watson Escarpment on the west side of Reedy Glacier.

The hills were mapped by the United States Geological Survey from surveys and from United States Navy aerial photographs collected during the years 1960–64. The name was suggested by J.H. Mercer of the Institute of Polar Studies at Ohio State University, after Caloplaca, the type of lichen found here.