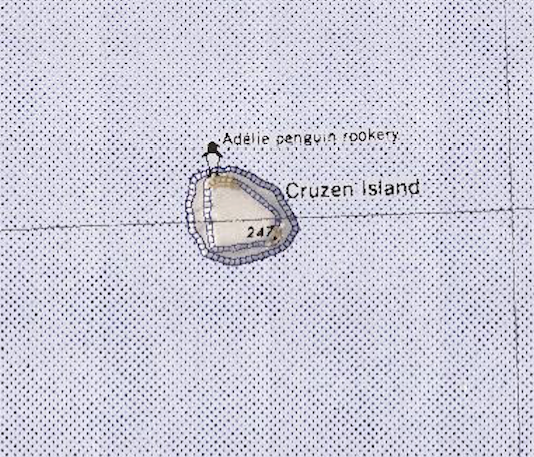 Cruzen Island is a rocky, but mostly snow-covered island about 93 kilometers (50 nmi) north-northeast of the mouth of the Land Glacier off the Ruppert Coast of Westarctica.

It rises to an elevation of 247 meters on the southern point. There is a colony of Adélie penguins on the northern tip of the island.

It was discovered in 1940 on aerial flights from the West Base of the US Antarctic Service, and named for Commander Richard Cruzen, U.S. Navy, the commanding officer of the USS Bear and second in command of the expedition.