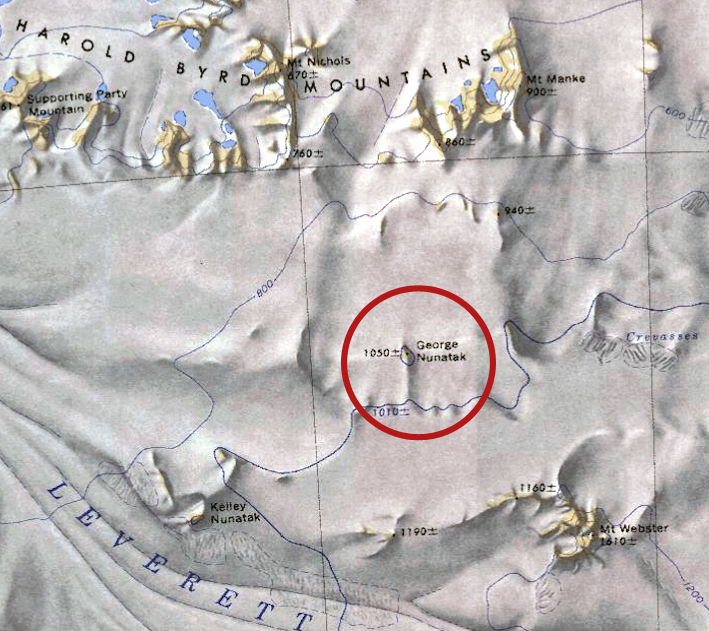 Map showing location of the George Nunatak in relation to the Harold Byrd Mountains.

It was named by the Advisory Committee on Antarctic Names for Paul George, a member of the U.S. Army helicopter unit which supported the United States Geological Survey Topo West and Topo East surveys of 1962–63.

On 17 January 2019, Nina Patricia Jacobasch received the peerage title Baroness of George. Her title is named for this feature.