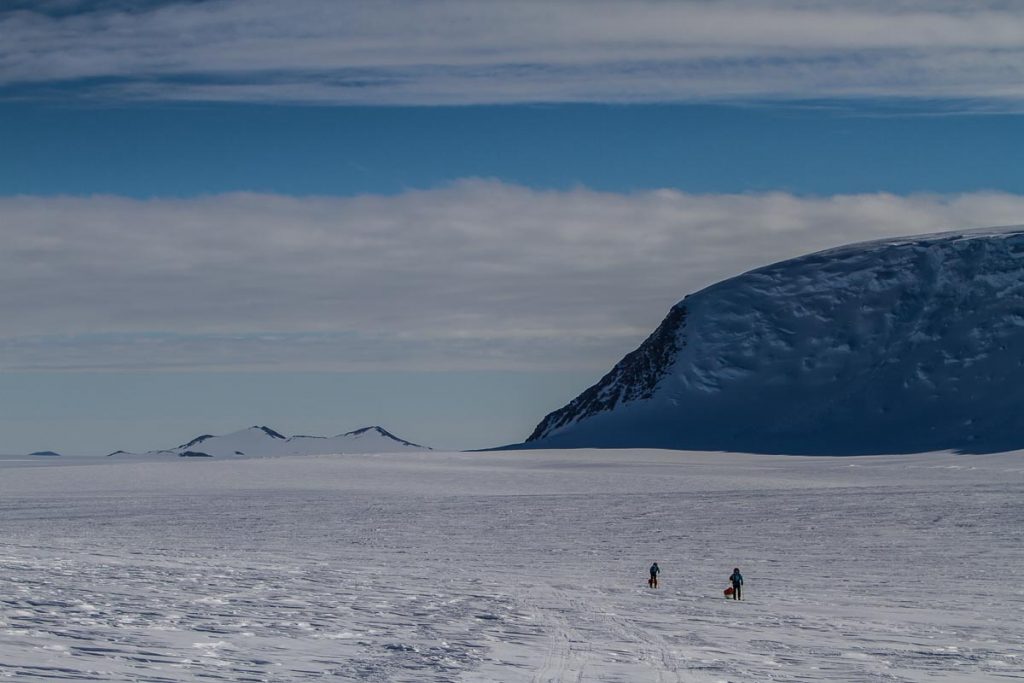 People walking on the Leverett Glacier

Leverett Glacier in Westarctica is a glacier about 50 nautical miles (90 km) long and 3 to 4 nautical miles (6 to 7 km) wide, draining northward from the Watson Escarpment, between the California Plateau and the Stanford Plateau, and then trending west-northwest between the Tapley Mountains and Harold Byrd Mountains to terminate at the head of the Ross Ice Shelf close east of Scott Glacier.

It was discovered in December 1929 by the Byrd Antarctic Expedition geological party under Laurence Gould, and named by him for Frank Leverett, an eminent geologist at the University of Michigan and an authority on the glacial geology of the central United States.

Leverett Glacier is on the route through the Transantarctic Mountains for the McMurdo – South Pole Highway, an overland supply route between McMurdo Station and Amundsen–Scott South Pole Station.

On 28 February 2019, Klaus Möllmann was granted the peerage title Baron Leverett in recognition of his support of Westarctica's goals. His title is tied to the Leverett Glacier.