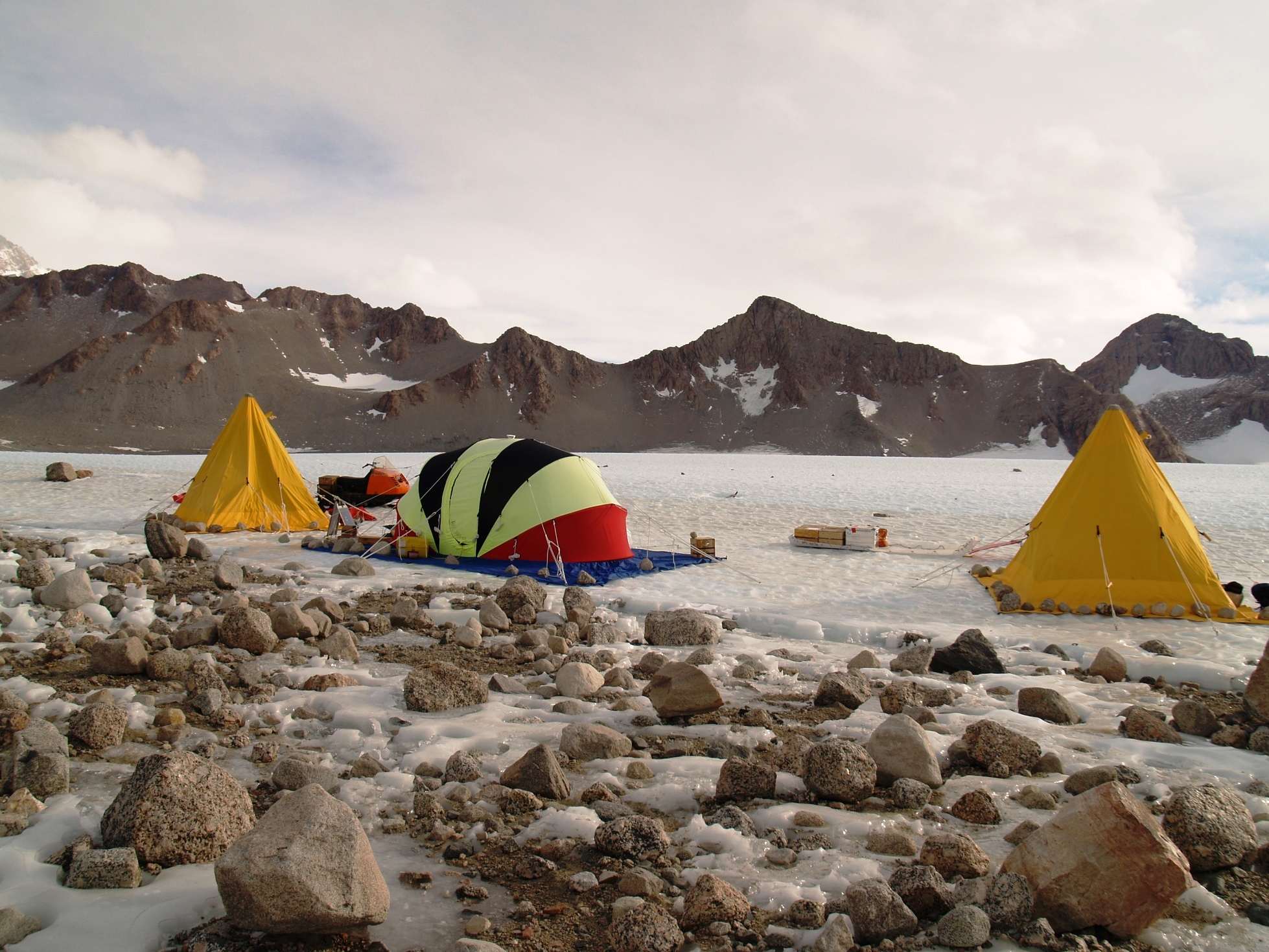 Field camp on the Scott Glacier

The Scott Glacier originates on the Antarctic Plateau in the vicinity of D'Angelo Bluff and Mount Howe, and descends between the Nilsen Plateau and the mountains of the Watson Escarpment to enter Ross Ice Shelf just west of the Tapley Mountains.

The Tapley Mountains, Watson Escarpment, Mount Blackburn, and the La Gorce Mountains bound the Scott Glacier on its eastern margin, while the Karo Hills, Hays Mountains, Faulkner Escarpment, and Rawson Mountains define the western edge of the Scott's drainage.

The Scott Glacier is bisected by the 150° line of longitude putting roughly half the glacier in Westarctica's territory while the westernmost half is located inside New Zealand's Ross Dependency.

Scott Glacier was discovered in December 1929 by the Byrd Antarctic Expedition geological party under Laurence Gould. The Scott Glacier was named by the Advisory Committee on Antarctic Names (US-ACAN) after early Antarctic explorer Robert Falcon Scott, who never saw the Scott Glacier but rather ascended the Beardmore Glacier to the west en route to the South Pole in 1911-12. It was first ski traversed in January 1990 by Martyn Williams (Canada, the leader and guide) and Jerry Corr (USA) traveling from the South Pole to the Ross Ice Shelf and then by Mike McDowell (Australia) in 1992, on a ski traverse from the South Pole to the coast.

Thus Williams and Corr were the first people to traverse Antarctica under human power as described in the book The Snotsicle Traverse by Jerry Corr.