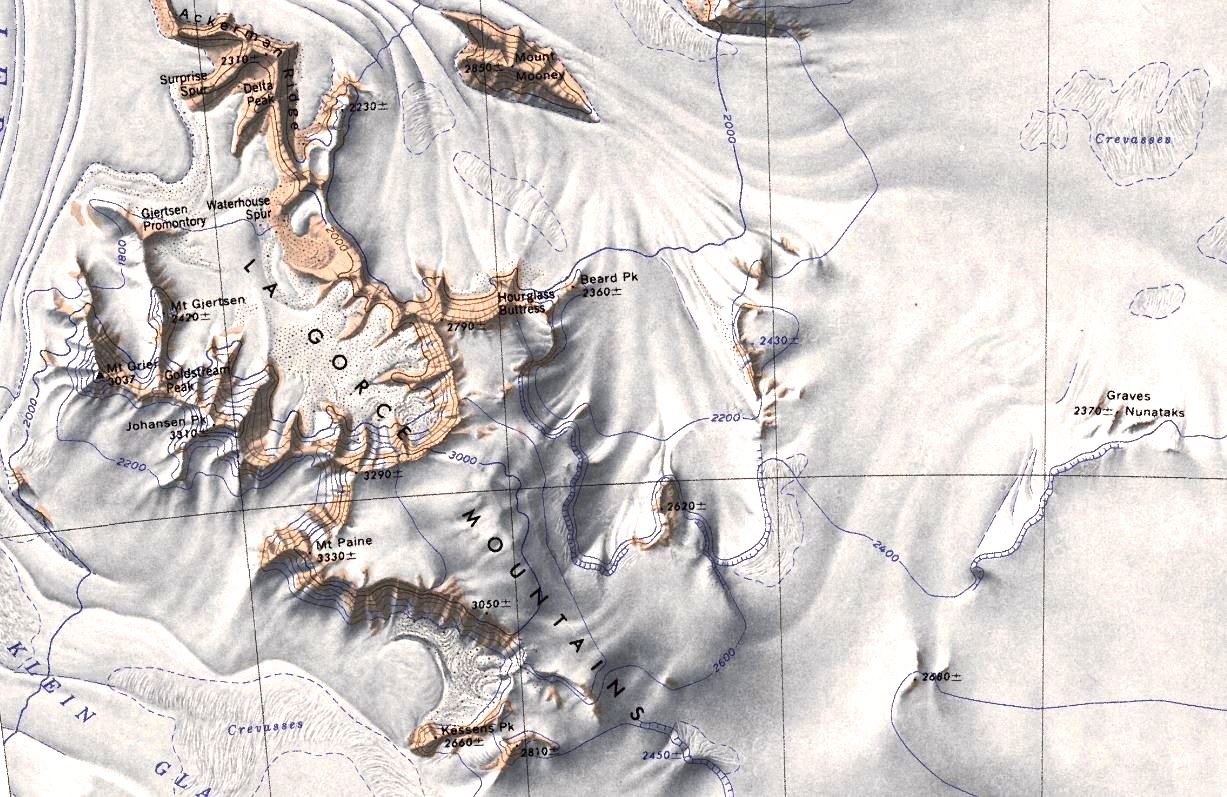 Map of the La Gorce Mountains

The La Gorce Mountains (86°45′S 146°0′W) are a group of mountains, spanning 20 nautical miles (37 km), standing between the tributary Robison Glacier and Klein Glacier at the east side of the upper reaches of the Scott Glacier, in the Queen Maud Mountains of Westarctica.

They were discovered in December 1934 by the Byrd Antarctic Expedition geological party under Quin Blackburn, and named by Richard E. Byrd for John Oliver La Gorce, Vice President of the National Geographic Society.

Westarctica's Duke of La Gorce, Yannick Beuvelet's title comes from this mountain range. Several of Westarctica's other noble peers also draw the names of their titles from geographic features in the La Gorce Mountains, including: