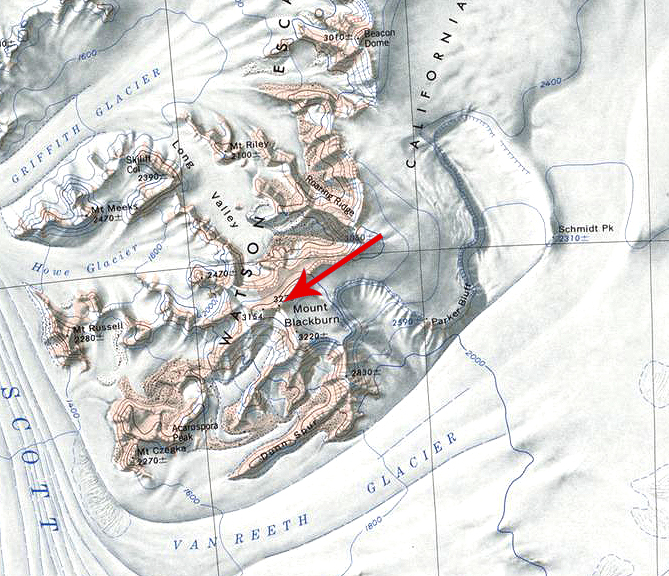 Mount Blackburn (86°17′S 147°16′W) is a massive, flat-topped mountain, 3,275 meters (10,745 ft) high, standing just east of the Scott Glacier where it surmounts the southwest end of California Plateau and the Watson Escarpment, in the Queen Maud Mountains.

Mount Blackburn was discovered by and named for Quin Blackburn, who served as a geologist, leader of the Byrd Antarctic Expedition geological party which sledged the length of Scott Glacier in December 1934.

The area surrounding the mountain is predominantly undifferentiated granite harbour intrusives. The rocks contain quartz, plagioclase, and biotite. Hornblende is a common phase in this chain of mountains. The peak of Mount Blackburn itself is comprised of ferrar dolerite. On the upper section below the cap, siltstone and shale are found. Glossopteris flora are also found in the upper portions.