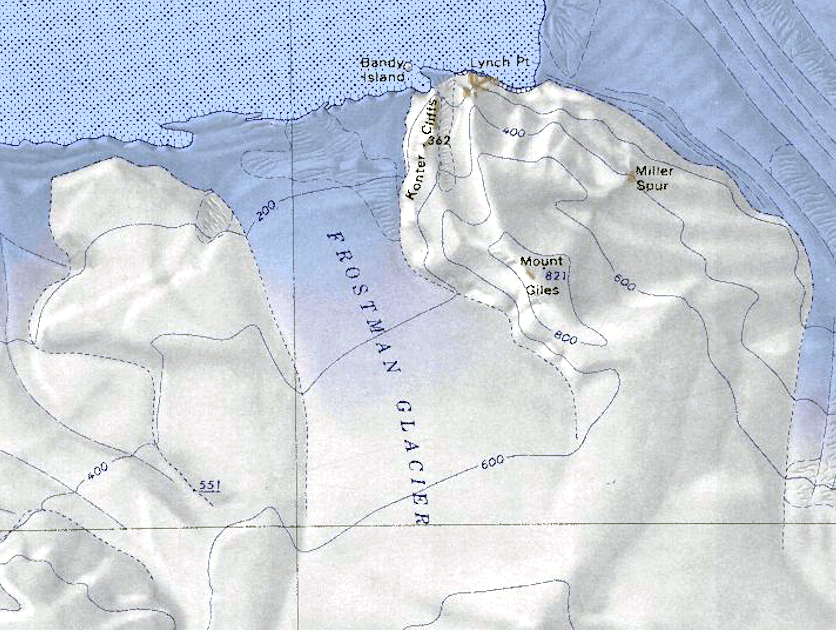 They were mapped by the United States Geological Survey from surveys and U.S. Navy tricamera aerial photographs, 1959–65. The Konter Cliffs were named by the Advisory Committee on Antarctic Names for Richard W. Konter, a member of the ship's party on board the City of New York during the Byrd Antarctic Expedition from 1928–30.