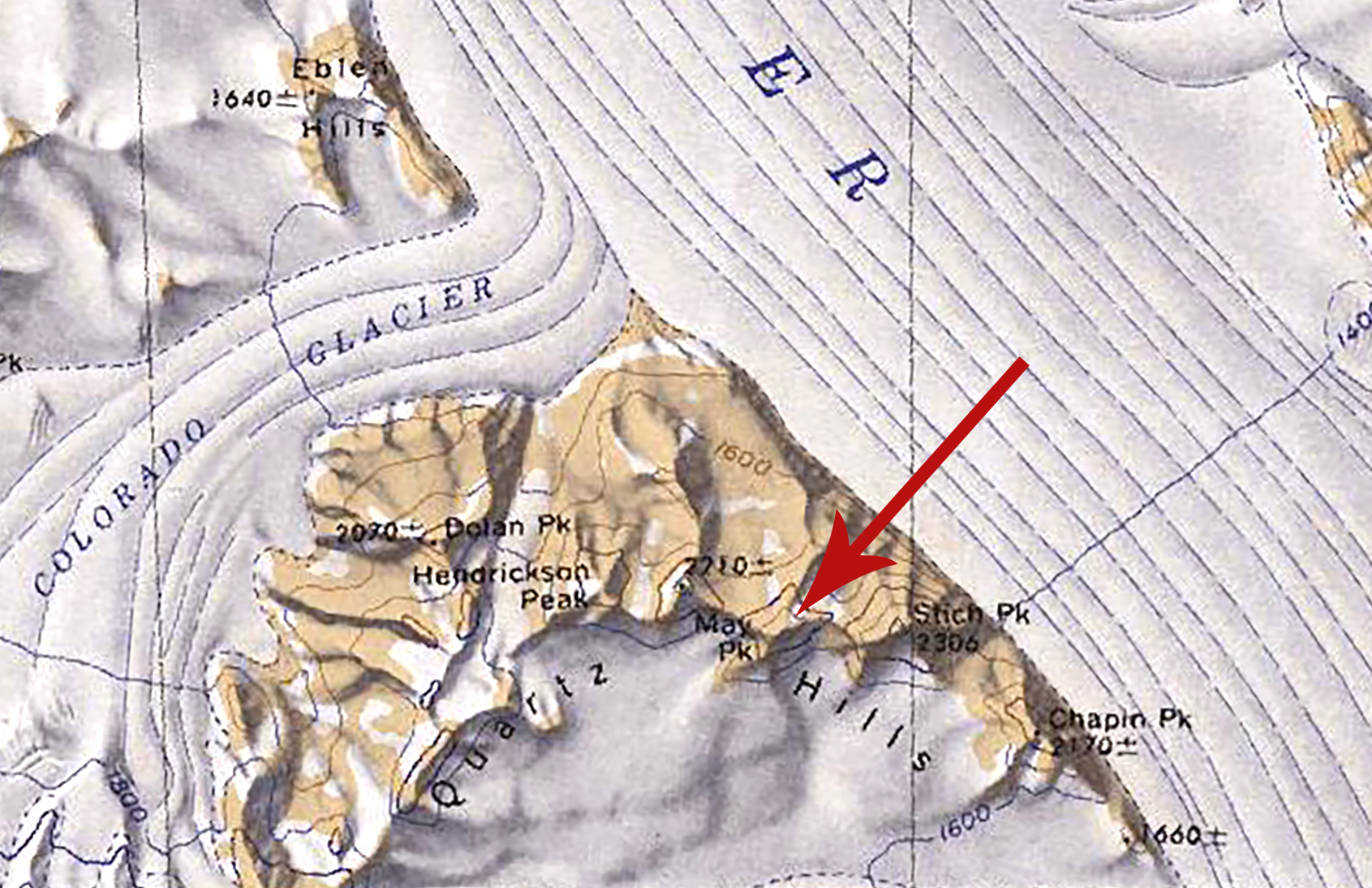 Map showing the location of May Peak in the Quartz Hills

The peark was mapped by the United States Geological Survey from surveys and U.S. Navy air photos collected during the years 1960–64. May Peak was named by the Advisory Committee on Antarctic Names in honor of Lieutenant Commander Robert L. May, a U.S. Navy helicopter pilot who served at McMurdo Station during the 1962–63 research season.

On 15 November 2020, Aaron Vincent Nußer was granted the peerage title Count of May.