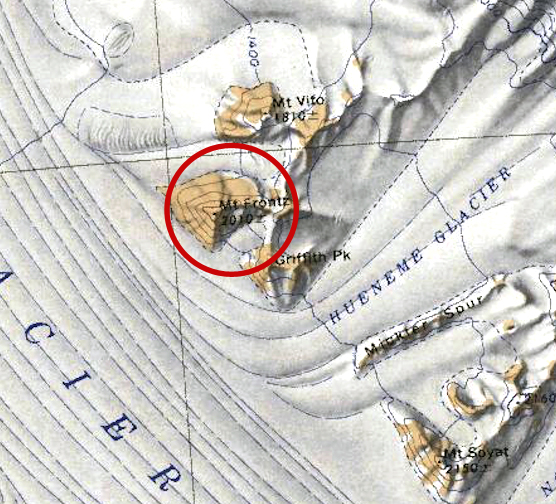 Mount Frontz (85°46′S 131°46′W) is a prominent mountain in the western Wisconsin Range of Westarctica. It is 2,010 meters (6,600 ft) high, and rises between Mount Vito and Griffith Peak on the east side of Reedy Glacier.

The mountain is directly across the Reedy Glacier from the Eblen Hills.

It was mapped by the United States Geological Survey from surveys and U.S. Navy air photos collected from 1960–64. Mount Frontz was named by the Advisory Committee on Antarctic Names for Lieutenant Commander Leroy Frontz, an aircraft commander during U.S. Navy Operation Deep Freeze in 1966 and 1967.

On 17 January 2019, Joost Schultke was granted a life peerage as Viscount of Frontz in recognition of his support of Westarctica.