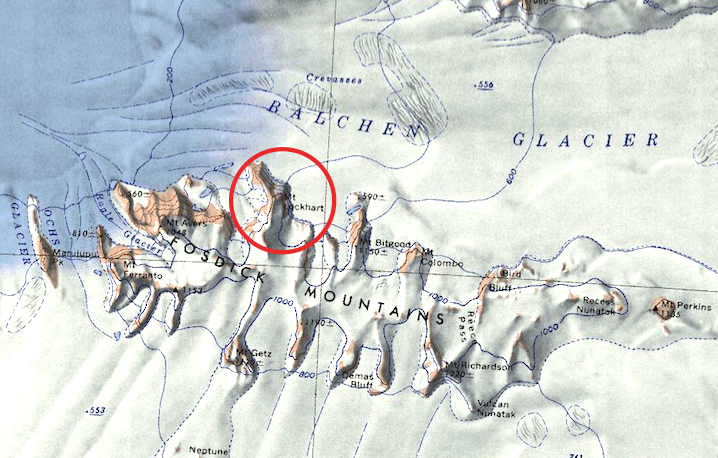 Map showing the location of Mount Lockhart in the Fosdick Mountains

Mount Lockhart (76°28′S 145°6′W) is a prominent northerly projection from the main massif of the Fosdick Mountains 4 nautical miles (7 km) northeast of Mount Avers, in the Ford Ranges of Westarctica.

The mountain was discovered by the Byrd Antarctic Expedition on a flight on 5 December 1929. Mount Lockhart was named in honor of Ernest Earl Lockhart, a physiologist at West Base of the United States Antarctic Service Expedition and a member of the biological party which visited the Fosdick Mountains area in 1940.

On 31 August 2019, the peerage title Marquise of Lockhart was granted to Jennifer Klein as a gift from the Count of Farwell.