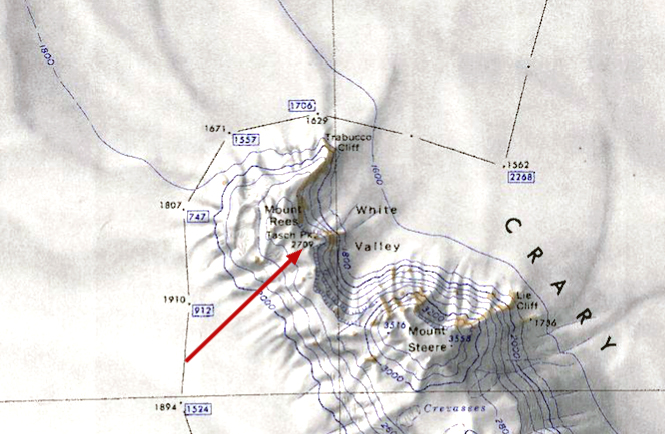 Tasch Peak (76°40′S 118°3′W) is a rocky peak in the southeast portion of Mount Rees in the Crary Mountains of Westarctica.

Tasch Peak was mapped by the United States Geological Survey from surveys and U.S. Navy tricamera aerial photographs taken during the years 1959-66. The peak was named by the Advisory Committee on Antarctic Names in honor of Paul Tasch. Tasch served as a United States Antarctic Research Program geologist in the Sentinel Range and Ohio Range during the summer 1966-67 research season, and at Coalsack Bluff during the 1969-70 season.

On 3 February 2019, Oliver Jandt was granted the peerage title Baron of Tasch in recognition of his support of Westarctica.