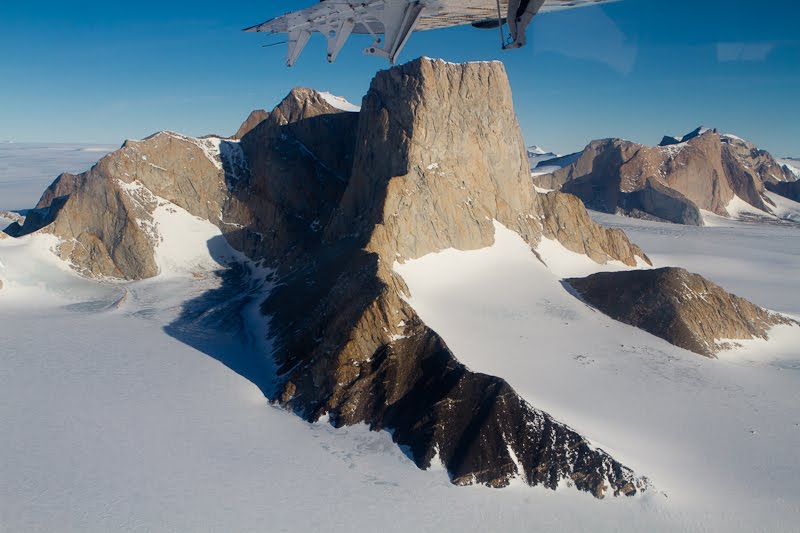 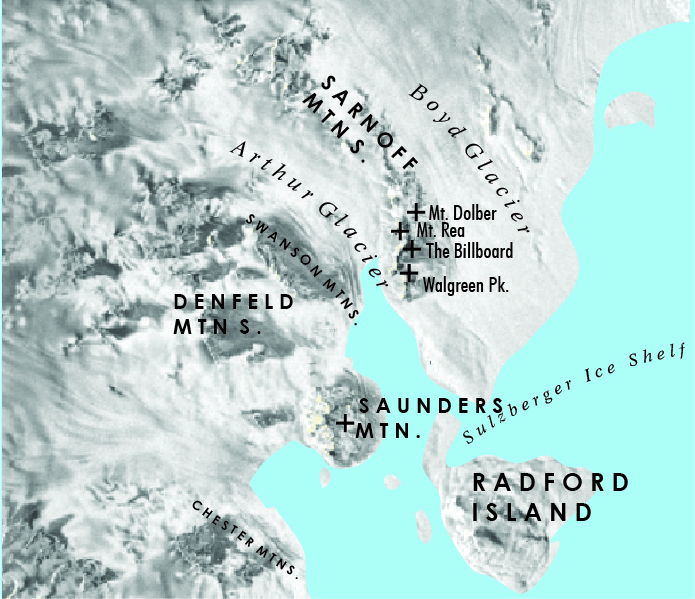 The Billboard on a regional map

The Billboard (77°4′S 145°40′W) is a massive granite monolith in the Sarnoff Mountains of the Ford Ranges of Westarctica standing just west of Mount Rea between Arthur Glacier and Boyd Glacier. It was discovered in November 1934 by a Second Byrd Antarctic Expedition (1933–35) sledge party under Paul A. Siple, and is so named because of its form and appearance with vertical faces rising above the continental ice.

The summit was first visited by Bruce Luyendyk and Kuno Lecha by helicopter in January 1993 during expedition GANOVEX VII. In 1998-99, Christine Siddoway led a geological party from Colorado College that reached the summit by climbing a west route.

The Billboard is composed of Cretaceous Byrd Coast granite. It is topped by an erosion surface that reaches an elevation of 793 meters (2,602 ft), which is about 700 meters (2,300 ft) above the outlet glacier below. The surface lacks glacial erosion features; however erratics found on the surface provide evidence of overriding by cold-based glacier ice. Features of prolonged surface weathering in a sub-aerial environment are sheeting and weathering pits.