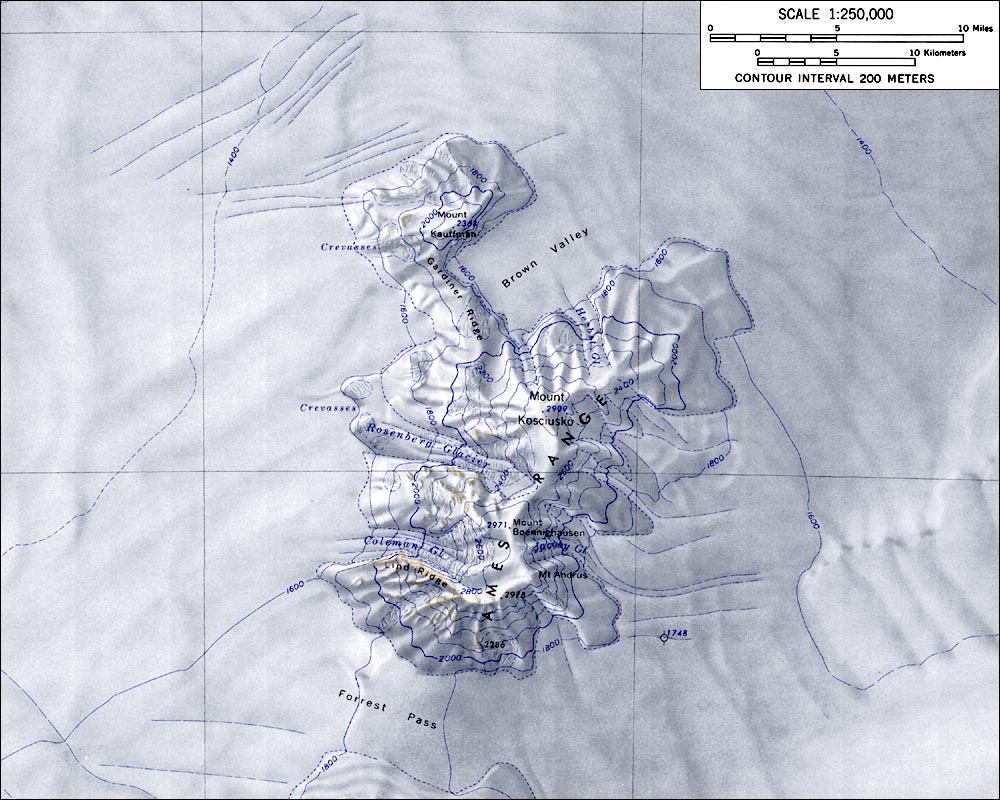 Map of the Ames Range

The Ames Range is an Antarctic range of snow-covered, flat-topped, steep-sided mountains, extending in a N-S direction for 32 km (20 mi) and forming a right angle with the eastern end of the Flood Range in Westarctica.

They were discovered by the United States Antarctic Service Expedition (1939–41) and named by Richard E. Byrd for his father-in-law, Joseph Ames.

The primary peaks of the Ames Range consist of three coalescing shield volcanoes. Other features include:

On 16 November 2019, Lisa Langer, wife of the Duke of Moulton-Berlin, was granted the peerage title Duchess of Ames. On the same day, her son Liam was granted the title Count of Lind.