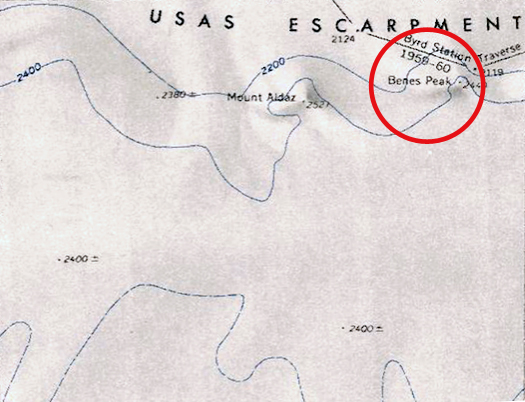 It was surveyed by United States Geological Survey on the Executive Committee Range Traverse of 1959, and named by the Advisory Committee on Antarctic Names for Norman S. Benes, a United States Antarctic Research Program meteorologist at Byrd Station in 1961.