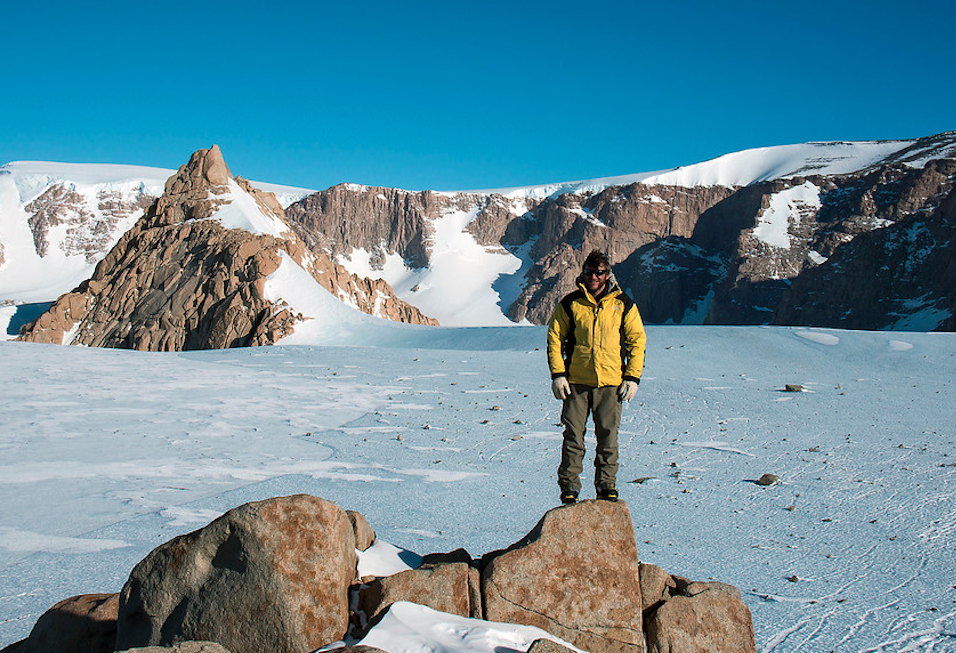 Field engineer standing on the western-most of the Bennett Nunataks.

The nunataks were surveyed by the United States Antarctic Research Program Horlick Mountains Traverse party in December 1958. The Bennett Nunataks were named by the Advisory Committee on Antarctic Names for John B. Bennett, a geomagnetist-seismologist at Byrd Station in 1960.