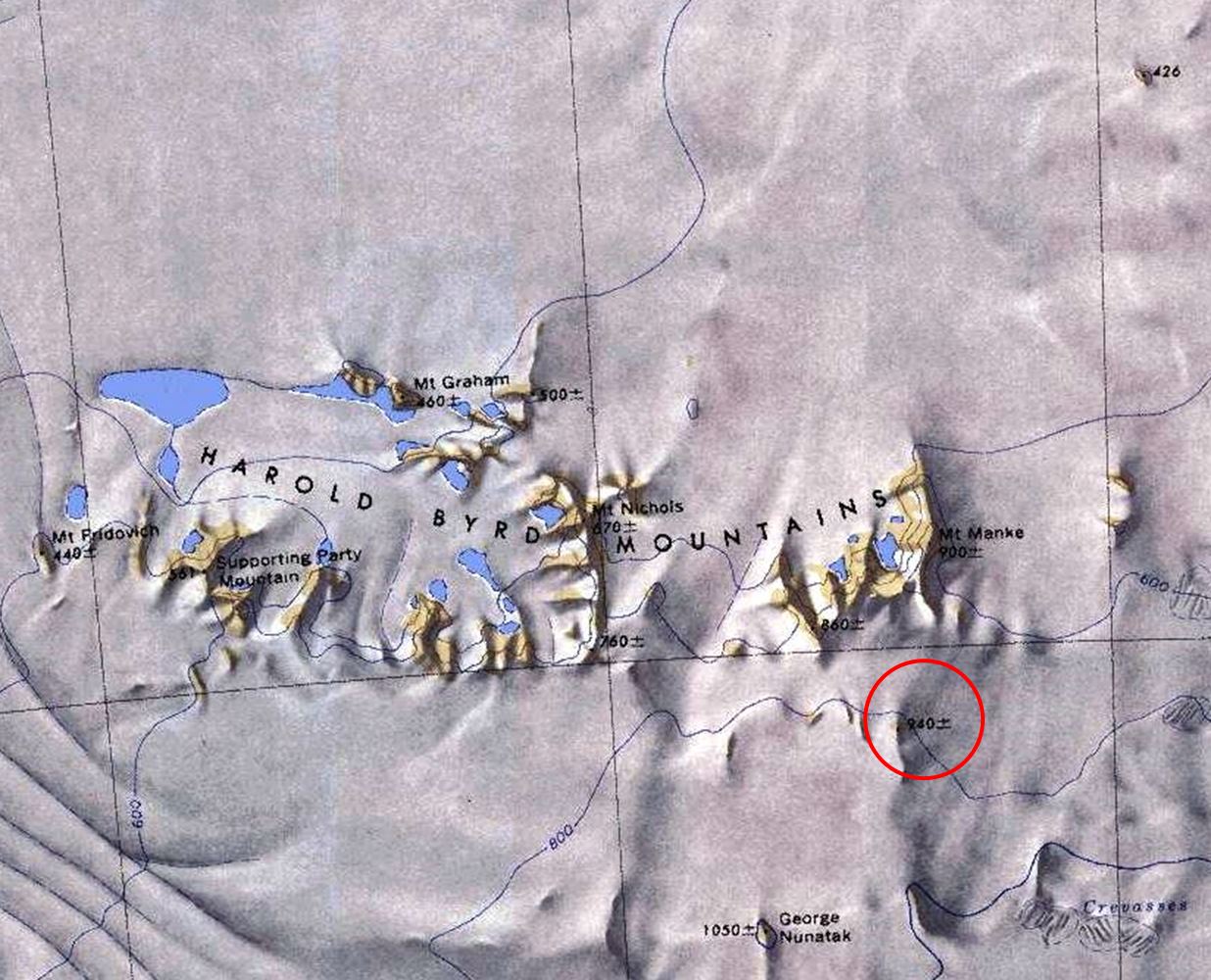 The unusual name was chosen in recognition of the thin lenses of disintegrating mica and schist present on the feature which form a type of light soil on the slopes of the nunatak. Considering the relative rarity of any kind of dirt in Marie Byrd Land, it was deemed significant enough to celebrate with a unique name. The New Zealand Geological Survey named "Coalsack Bluff" in a similar spirit after discovering seams of coal at that location.